Like many other companies, even Motorola did not make any big announcements at the MWC’18, like they had done for the Moto G5 at the last Mobile World Congress. But news about the upcoming Motorola smartphones had already been doing their rounds on the internet, due to previous leaks. But as of today, news has come in that, after a regulatory filing in Taiwan, new leaks have emerged online, about the Moto G6 Play. 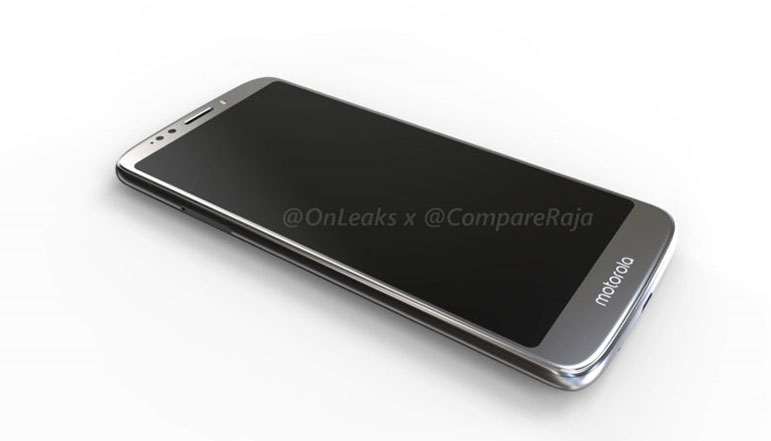 Talking about the specifications of the smartphone, as per the rumours, the Moto G6 Play will come with a 5.7-inch (1440 x 720 pixel) IPS LCD display, with 18:9 aspect ratio which is protected by 2.5D curved glass. For computing, the G6 Play will be equipped with a 1.4Ghz Octa-Core Qualcomm Snapdragon 430 SoC. The smartphone will run on Android 8.0 Oreo out-of-the-box with Stock Android UI. The Moto G6 play will be available in two variants of 3 GB RAM/32 GB storage and 4 GB RAM/64 GB storage variants. Most likely it will also come with an option of expanding the memory capacity via microSD. 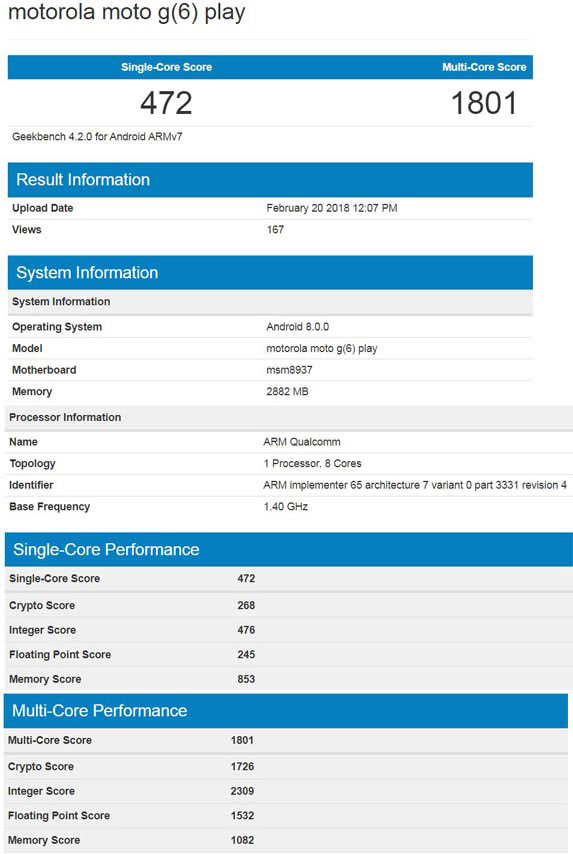 If more rumours are to be believed, the Moto G6 Play will come equipped with a 16 MP camera on the rear and 16 MP sensor on the front. Also, the Moto G6 play will house within its body a powerful 4,000 mAh battery and will be available to consumers in Charcoal, Blue and Gold colour options. So far the new leaks, have been in line with the earlier leaked specifications, which is why consumers should be prepared to be amazed by the smartphone. As of now, these are the only snippets of information which are available, for the official announcements or words on the arrival of the smartphones, we have to wait for some more time.