Motorola has started rolling out Android 6.0.1 Marshmallow update for Moto X Play users in India. Earlier, this year, the company has rolled out the Android 6.0 Marshmallow for the same handset. 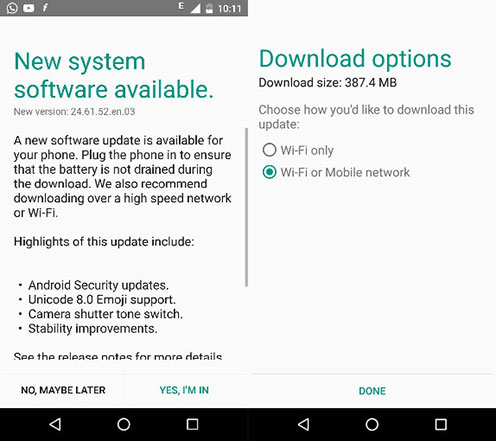 The Android 6.0.1 Marshmallow update with v24.61.52 for the Moto X Play is of 387.4 MB in size and also includes the Android security update for March, 2016. The update comes with many new features like Unicode 8.0 emoji that can support every emoji up to the Unicode 8.0 update, double pressing the power button will now launch the camera, and camera shutter tone switch is back so that you can turn off and on the sound of the camera shutter at any time.

Also, this update includes stability improvements that fixes the bug and improve the performance of your phone. The Android 6.0.1 Marshmallow update for Moto X Play is being rolled out in Canada too.
Share
Facebook Twitter Google+ Reddit WhatsApp