As we can see in the leaked live images, the front and rear chassis is visible in silver colour. The smartphone will sport a full metal body design, along with a curved back that makes the handset thinner at its edges than in the middle. The left image shows that the smartphone will run on Android 6.0 Marshmallow. 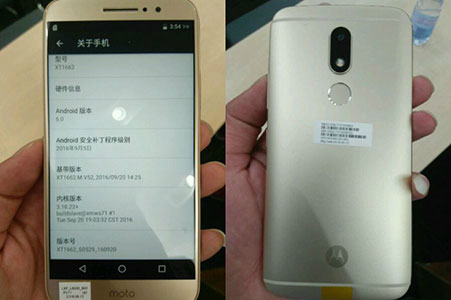 The Motorola Moto M was certified By TENAA in China all the way back in August, so we can expect the launch pretty soon. However, there is no official word from the company about the launch of this smartphone yet. Stay tuned for more updates!