Leaks doesn’t seem to stop for Xiaomi’s upcoming flagship Mi 6. Recently, CEO of Xiaomi Lei Jun confirmed the launch of Mi 6 in April and now, there are a few more leaks making way ahead of the launch. The most recent is a leaked image of the smartphone which shows the inclusion of Iris scanner and also a fingerprint scanner on the front, same as that of the Mi 5. Apart from this, the Mi 6 is also spotted on GFXBench which indicates that the Mi 6 will be launched in two variants and gives details about both the variants.

In the image leaked online, the Iris can be observed between the front camera and earpiece. The image (below) clearly shows the presence of Iris scanner. Iris scanner was first introduced in the ill fated Samsung Galaxy Note 7, used to unlock the phone with the help of your eyes. So, if this image comes out to be true, users will be able to unlock their Mi 6 with their eyes apart from the regular fingerprint scanner, password, pattern and pin. 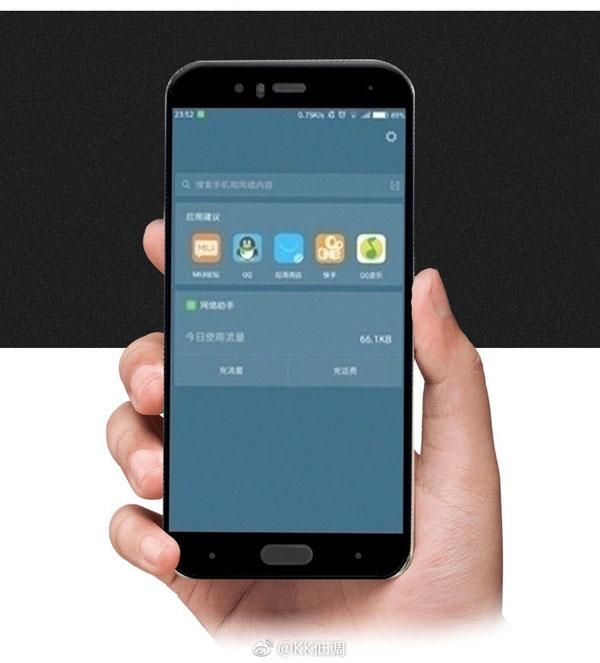 Also, a smartphone with the name Xiaomi Sagit is also spotted on GFXBench, which is assumed to be the Mi 6. Some sections in the specifications list are in pairs which suggests that the smartphone will come in two variants. Both the variants run on Android 7.1.1 Nougat based MIUI (version unspecified) and bear the same processor. The only difference spotted as of now is with the RAM and internal storage.

Also Read : Xiaomi Mi 6 Leaks & Rumours round up: An exciting phone to set your eyes on! 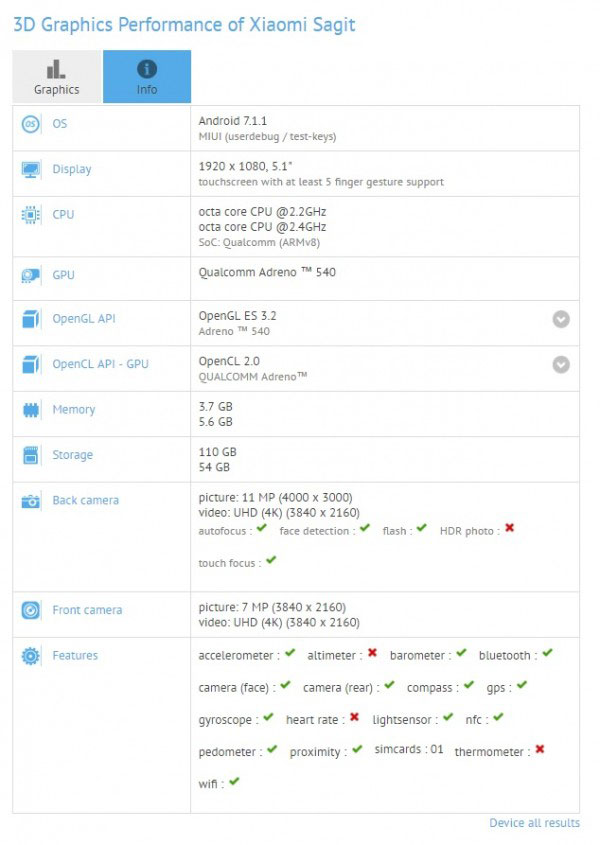 Earlier, an image of retail box of the Mi 6 was also leaked, which showed specifications of the smartphone. According to rumours, the smartphone is most likely going to hold a Qualcomm Snapdragon 835 processor. The smartphone will come with 4 GB/ 6 GB RAM and 64 GB/ 128 GB internal storage variants. It is assumed to come with a dual rear camera setup and a 5 MP front camera.

The launch of Xiaomi Mi 6 can be expected anytime now. There’s not much time left when we actually find out how the phone is going to be. With all that being said, the specifications of the Mi 6 have either been out from rumours or are assumed so we should consider it with a grain of salt.