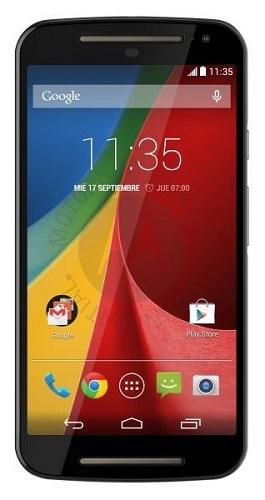 And to add to the proud of Indian citizens, the new Moto G will be first available to buy in India earlier than any other country in the World. This shows how important the Indian market is. Motorola has seen a very high sales of its popular Moto G and Moto e in India, making them the 5th largest company in India.

The exciting thing is that, the new Moto G is bigger & much better now and still its priced at just Rs. 12,999 so, this becomes a delight now.

The new Moto G will be available in two storage options like the previous model with 8 GB & 16 GB of internal storage but to add to the happiness of the customers, Motorola has now included a microSD slot with the New Moto G so, the storage can be expanded now. The company hasn’t yet specified the maximum supported card capacity however.

The New Moto G sports a 5-inch HD (720x1020p) display protected with Corning Gorilla Glass. It is powered by a 1.2GHz Qualcomm Snapdragon 400 Quad-Core processor and 1GB RAM. The phone is 10.99mm thick and weighs 149gram just a little heavier than the older model. It comes with water-resistant nano coating and supports Dual Sim.

We have again a good news with the Camera of the New Moto G. To end the disappointments with the camera, Motorola has included an 8-megapixel autofocus rear camera, and a 2-megapixel front-facing camera which now promises to deliver good experience and the phone can now stand with the competition in the camera front too.

The phone comes with a duo of stereo speakers which are above and below the front screen, it adds a good look and enhances the beauty of the phone. And like before, the device will have cool and funky cases and covers so you can customize the look yourself.

2 thoughts on “New Moto G : Specifications & All You Need to Know”