New patent samples from Google have been spotted by Patently Mobile which gives us a glimpse of what Google is planning for its future generation pixel smartphones. As per the patents, the smartphones will most probably embed touch sensitive rear panels. 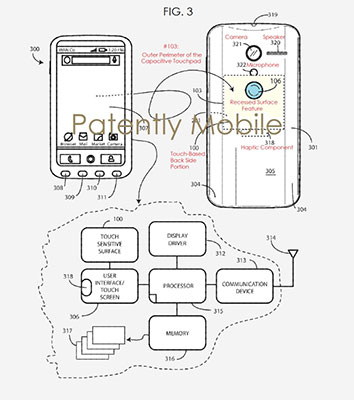 The touch sensitive area on the back panel will perform various tasks, reducing the need to use the display. The rear panel will consist of a touch pad which might enable the users to control the smartphone to some extent. Added to the touch pad, there will also be a separate gesture-sensitive area, somewhat similar to that used in HTC U11, which helps to perform certain tasks like touch sensitive gesture. The patent not only shows its use in the smartphone, but also indicated to the possible application in other devices as well.