The Finnish smartphone maker Nokia is expected to make a comeback in early 2017 with its first-ever Android smartphone. Last month, the Nokia D1C Android device was reported to be a tablet citing a Geekbench report. However, now some fresh images are leaked on Chinese microblogging website Weibo, which shows that the alleged Nokia D1C is indeed a smartphone.

The alleged renders of Nokia D1C, reveals the design and build of the device. The renders are in three colors i.e. White, Black and Gold. In the render images we can see the physical navigation button at the front and camera with LED flash at the back panel. The side images reveal the location of power and volume buttons along with the Sim tray. 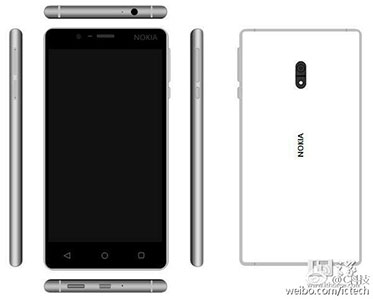 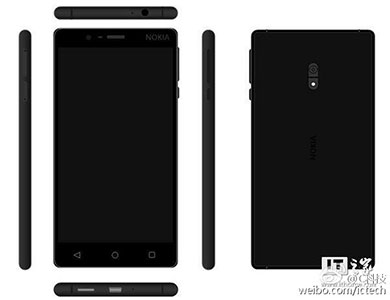 The Nokia D1C smartphone is expected to be unveiled at MWC 2017. The rumoured specs suggests that it might sport a 5 or 5.5-inch Full HD (1920 x 1080 pixels) display. The device is expected to be powered by 1.4 GHz Octa-core Qualcomm chipset coupled with 3GB of RAM.

On the camera front, the smartphone has been tipped to pack a 16-megapixel rear camera and an 8-megapixel front-facing camera. The inbuilt storage is expected to be 32GB with microSD card expansion. The smartphone will reportedly run on Android 7.0 Nougat.

However, there is no official word from the company yet. So, you are advised to take this report with a pinch of salt. It will be interesting to see, when and how Nokia makes a comeback in the smartphone market. Stay tuned for more updates!