If you also though that the Nokia devices are now past, Nokia has proved everybody wrong as it makes a come back by joining the Android camp. The Tablet will be launched in China First in 2015 and then in rest of the world. Nokia Announced the launching at Slush 2014 technology conference in Helsinki. It will be the First ‘Nokia Tablet’ and will cost $249(roughly Rs.15,400).

It has an Unibody aluminium design which is thin and lightweight and has a similar design like iPad mini. Nokia N1 Tablet comes in two variants of Colors, Natural Aluminium and Lava Gray. 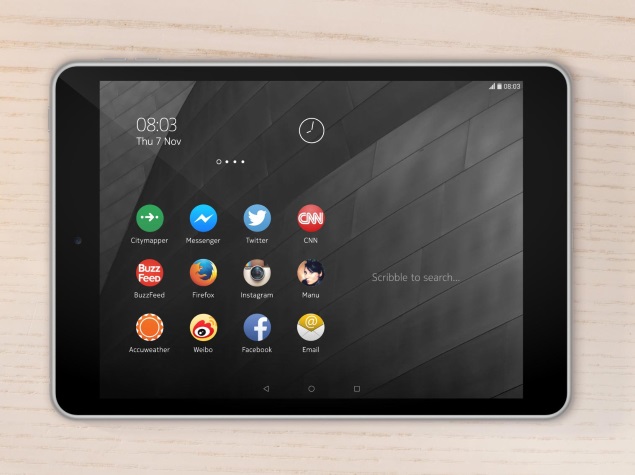 The “Predictive Nokia Z launcher” is an exciting new feature in the tablet. Nokia says it helps users to scribble a letter or two to find their content quickly. The Z Launcher shows what applications are in use, and predicts and highlights the applications users want to use according to the time of day.

Nokia N1 Tablet is undoubtedly a high-end tablet with high-class features and low price as compared to other high-end tablets. It promises to deliver exciting features, now we can just hope for its quick launch in India.