After appearing in few leaks and rumors last week, OnePlus 3 is back today in a new leak that gives major specification details of the smartphone.

As per the serial tipster, Evan Blass, the OnePlus 3 could feature a 5.5 inch of Full HD (1920 x 1080 pixels) display and will be powered by Snapdragon 820 SoC with 64 GB of internal storage. He also said that the smartphone would sport a 16MP rear camera and would have NFC connectivity, which was absent in its predecessor.

Along with the leaks, he also posted a leaked screenshot from the OnePlus 3 that shows it running Android N and also its codename as “Rain A3000”. The smartphone will have a full metal unibody design, USB Type-C port, and a 3000mAh battery, as per to our previous reports. 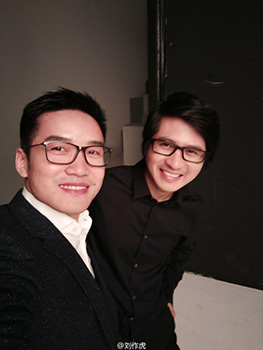 Also, OnePlus CEO Pete Lau has posted an image using the OnePlus 3’s camera on Weibo, which shows the resolution of the image as 2448 x 3264 pixels that conclude an 8MP front sensor. The company has earlier said that OnePlus 3 will debut at the end of Q2 2016, this means we can expect the launch of the smartphone by the end of next month.