After surfacing on the AnTuTu benchmark last month, the OnePlus 3 (A3000) has been spotted again on two benchmarking site, GFXBench and Geekbench, yesterday.

According to the GFXBench listing, the smartphone will have a 5 inch Full HD display, quad-core Snapdragon 820 SoC, 4GB RAM, 64 GB storage, 16MP rear camera, 8MP front-facing camera and Android 6.0.1 Marshmallow. All specifications are almost similar with the previous listing on AnTuTu, however Geekbench listing states that it may have a 6 GB RAM, which could be the higher variant of flagship smartphone. 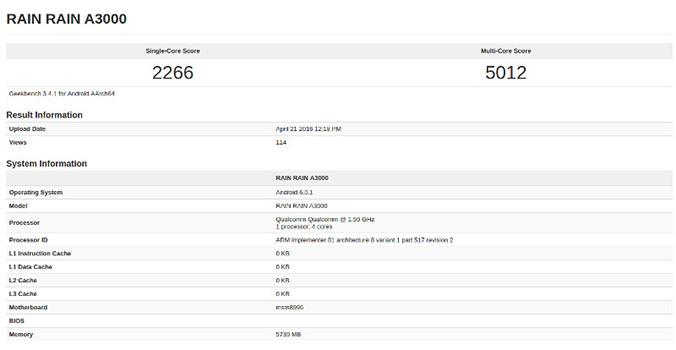 OnePlus co-founder, Carl Pei has already said that, the company will launch the phone by the end of Q2 2016 and as per some reports the launch date is said to be 28th May. So we will have to wait till then for confirmed details.