After being unveiled globally on 20th June, the most anticipated flagship killer OnePlus 5 has now hit the shelves in India, just the way it was scheduled. We already know the design and details about the smartphone after it was launched globally, however there was still a sense of anxiety and excitement regarding the price tag it bears when it comes to India. The smartphone is priced at Rs. 32,999 for the 6 GB variant, where as the 8 GB variant comes at a price of Rs. 37,999. The OnePlus 5 will be exclusively available for open sale on Amazon India starting 27th June and will also be up for Early Access Sale today from 4.30 PM till midnight at Amazon.in.

The OnePlus 5 also comes bundled with various launch offers which includes, Amazon Pay credit for Amazon Prime customers streaming the Prime Video, Kindle offer for Kindle users, cash back from SBI, Accidental coverage from Kotak and data offers from Vodafone. Amazon also noted that, as of 2 PM today there were 1 million notify me requests for the smartphone, indicating the amount of popularity in India.

Talking about the design, the smartphone is sleek and stylish. It is just 7.25 mm thin, making it the slimmest flagship ever from OnePlus, again something that was claimed by the company previously. The smartphone holds a horizontally aligned dual rear camera setup along with LED flash much like the iPhone 7 Plus, as it was speculated. OnePlus 5 comes in 2 color options i.e Midnight Black and Slate Gray which look quite similar. 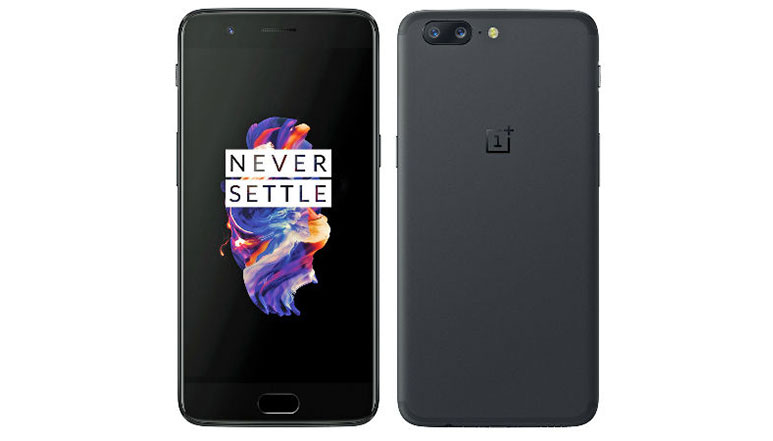 OnePlus has always been flaunting the camera of OnePlus 5 as its premium feature. The company previously had announced its partnership with DxO to develop the camera of OnePlus 5, where it also claimed that the OnePlus 5 will have the best smartphone camera. Considering the features and lenses used, it appears that the smartphone indeed lived up to the expectations, atleast on paper.

The OnePlus 5 sports two sensors at the back, one main 16-megapixel sensor with f/1.7 aperture and another 20-megapixel telephoto lens with f/2.6 aperture. At the front there is a 16 MP camera for detailed selfies giving tough fight to other selfie centric smartphones around. The rear camera is also equipped with fast auto-focus and portrait mode similar as that of iPhone 7 Plus. The company also notes that 80 percent of the camera’s success is because of the work put into its software, and that this will be the differentiating factor for the smartphone.

Coming down to the specifications, the smartphone sports a 5.5-inch Full-HD (1080 x 1920 pixel) AMOLED display with support for the DCI-P3 color space. OnePlus 5 is powered by a 2.45 GHz Octa-core Qualcomm Snapdragon 835 processor as it was confirmed by the company previously. The smartphone comes in two variants, i.e. with 6 GB and 8 GB RAM coupled with 64 GB and 128 GB of UFS 2.1 storage respectively.

The smartphone is running on OxygenOS based on Android 7.1.1 Nougat. The OxygenOS also comes up with a new ‘App Priority’ feature which effectively pre-loads frequently used applications for better convenience and also freezes the least used apps for better RAM and battery optimization. There is also the OxygenOS Quick Pay powered by Paytm which helps proceeding transactions and payments through Paytm by just scanning the unique finger print in one easy step. OnePlus 5 packs a 3,300 mAh battery with Dash Charge, capable of taking the device from 0 to 92% of charge in just one hour. 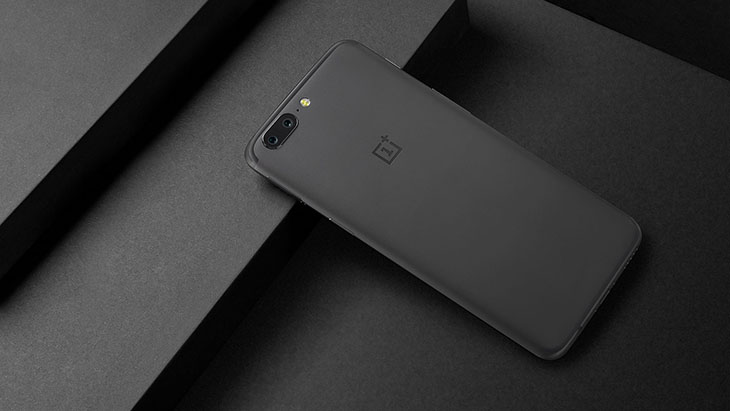 The smartphone comes with NFC and Bluetooth 5.0 similar to that of Galaxy S8 and also has 3.5 mm audio jack to plug in the headphones. The company also claims that the smartphone provides the fastest Wi-Fi connectivity with the help MIMO technology. There is a fingerprint sensor embedded in the home button which will unlock the smartphone in mere 0.2 seconds.

Along with providing a high-end smartphone, OnePlus this time has also given due attention to after sale service. As per the company, there are 50 different service centres across the country along with 10 major experience centres operated directly through the company. OnePlus promises 1 hour guaranteed repair for the devices with 90% success rate along with pick up drop facility. The company also provides complete transparency where the user will be able to know the complete details about the repair bills and spare parts.