It was only yesterday that we received news about the launch of OnePlus 5T Lava Red edition being scheduled for 11th of January. But as of today, based on the new information received, the special edition of the phone has been launched in India, with a price tag of Rs. 37,999. Upon visiting the OnePlus 5T’s official website, it came to light that, the company has listed the product on their website, with a coming soon button, which reveals the date of open sale will be 20th of January 2018, from 12 pm onwards, while it is priced at Rs. 37,999.

The company has previously released two special editions of the phone, namely the OnePlus 5T Star Wars edition and a Sandstone White variant in other markets around the globe. Though the Lava Red edition of the phone might be new for the Indian consumers, for the Chinese users, the phone was launched with the other two variants at the same time. Talking about the specifications of the phone, the One Plus 5T Lava Red edition does not differ from its counterparts in terms of specifications, apart from the red back cover, from which the phone derives its name. 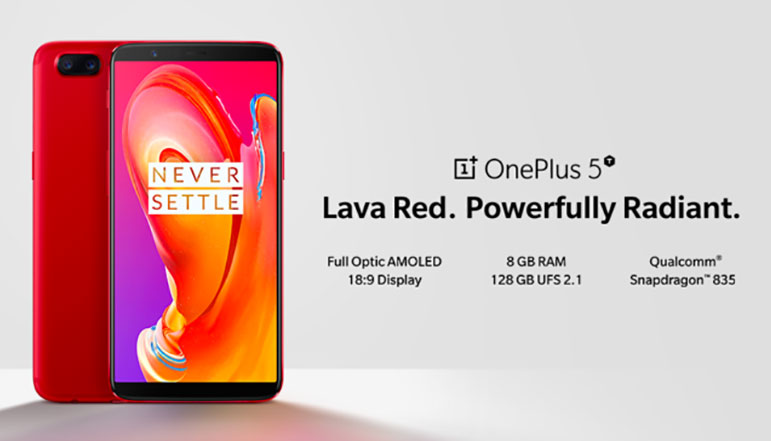 The OnePlus 5T is equipped with a 6.01-inch Full HD+ (1080 x 2160 pixels) Optic OLED, 18:9 aspect ratio display with 401 PPI pixel density, 80% screen-to-body ratio and Corning Gorilla Glass 5 protection. The Phone is powered by an Octa-Core Qualcomm Snapdragon 835 processor, accompanied by Adreno 504 GPU. It will come in only 8 GB RAM and 128 GB of internal storage, as we have seen in the previously launched special editions of the phone. On the optics front, the phone features a dual rear camera setup with one 16-megapixel sensor and one 20-megapixel sensor.