Oppo, which had launched several phones in India in the month of December last year, has brought in their first smartphone, the Oppo A83 in the Indian market in the new year. The Oppo A83 which was launched in China, somewhere in mid-December, is equipped with a plethora of features, had also peaked interest among the Indian consumers. Today, the company has launched the Oppo A83 in India, the phone is slated to go on sale from 20th of January 2018. The Oppo A83 comes with a price tag of Rs. 13,990.

Talking about the specifications of the phone, it sports a 5.7-inch HD+ IPS LCD display with 720×1440 pixels resolution, 18:9 aspect ratio, 282 PPI pixel density and Corning Gorilla Glass 2 protection. Powered by a 2.5 GHz Octa-Core MediaTek 6763T Helio P23 processor, the Oppo A83 relies on an 800MHz Mali-G71 MP2 GPU for its graphics requirements. The phone runs on Android 7.1.1 Nougat which is duly backed by ColorOS 3.2 user interface. 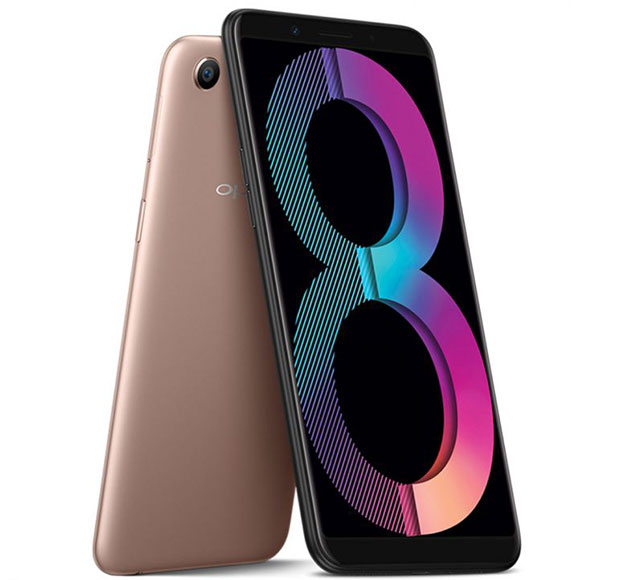 The Oppo A83 which has two different variants in China will be launched in India with a single memory configuration of 3 GB RAM and 32 GB of internal storage. The memory capacity is further expandable up to 256 GB via microSD. On the optical front, it is equipped with a 13-megapixel rear camera sensor with f/2.2 aperture lens, accompanied by LED flash and an 8 MP front camera with the same aperture size. It’s a phone that lacks a fingerprint scanner for accessibility, but instead, features Face Unlock for fast unlocking of the phone.

The dual Nano SIM phone has a metal unibody with front glass protection and with dimensions of 150.5×73.1×7.7mm and 143 gms of weight. The metal chassis of the phone harbors within itself a non-removable Li-Ion 3180mAh battery that can be charged by using a micro USB 2.0 charger. Connectivity options on the Oppo A83 include 4G VoLTE, Wi-Fi 802.11 a/b/g/n (2.4GHz + 5GHz), Bluetooth 4.2, GPS + GLONASS and it comes equipped with Accelerometer, proximity, compass sensors.

The Oppo A83, which will go on sale from the 20th of January, will be competing against the Samsung Galaxy On7 Prime and Honor 9 Lite, which were launched earlier today, with a similar price attached to them.