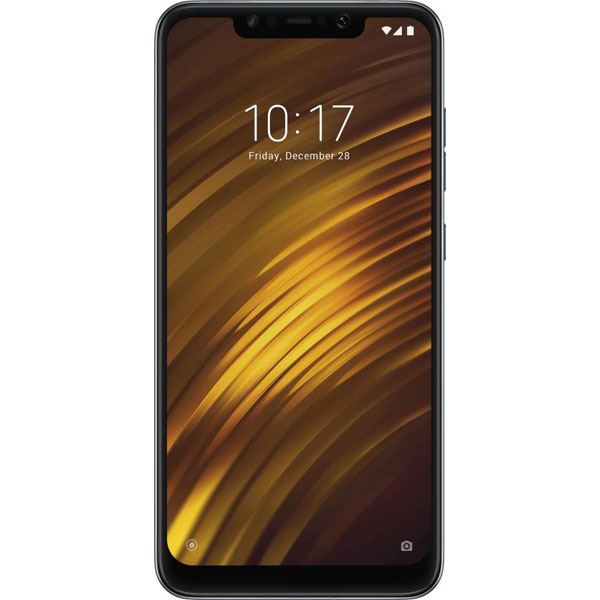 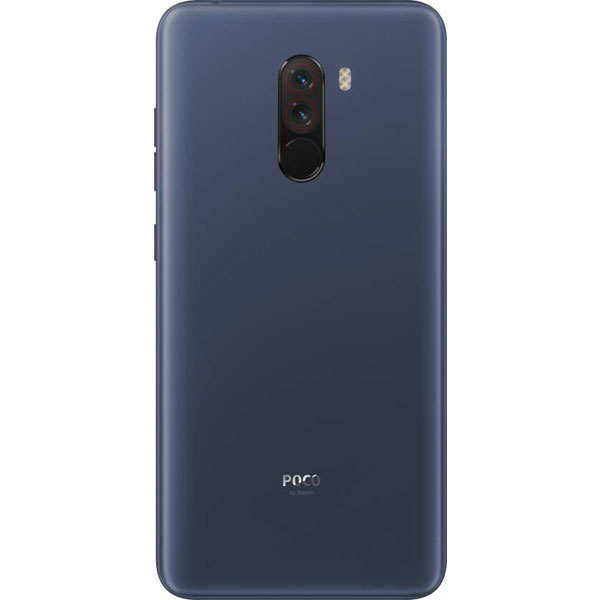 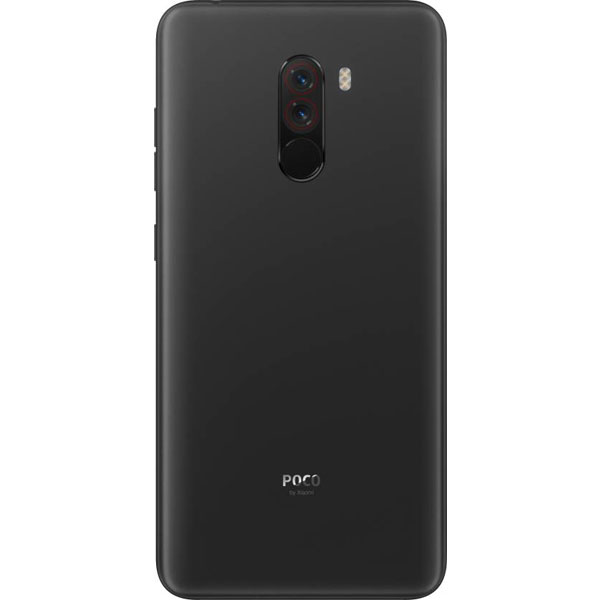 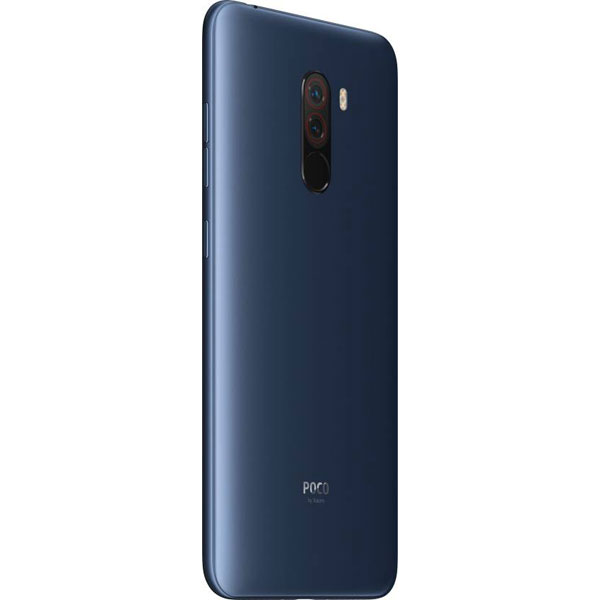 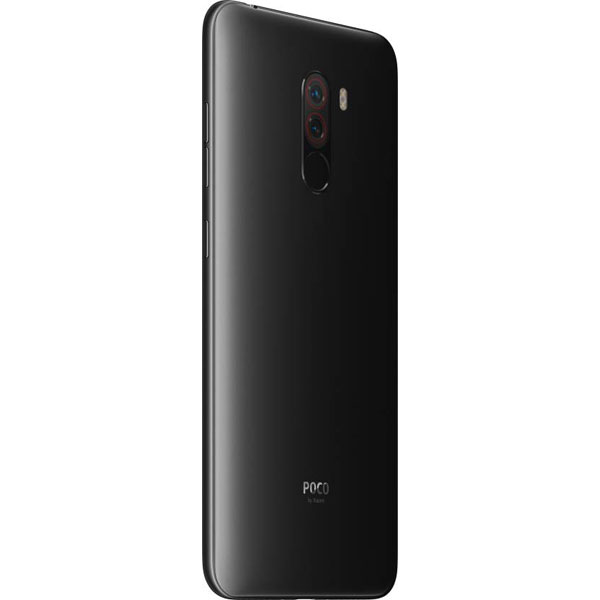 Key Specs:
Does it have the Trending Features?
Poco F1 (256 GB) Price in India:

No weaknesses, a perfect phone for its price!

Overall, the Poco F1 is a redefining smartphone for the mid-range segment in India and it just blows away the competition by a mile. It offers the best processor out there with excellent cameras, good design, very good display, huge battery, IR face unlock, excellent software, big & expandable storage, good sound and lots of features at an unbelievable price point. It truly takes care of all the user needs and is a great complete package. It’s very unsafe to call a smartphone perfect but, it is almost impossible to point out a flaw in the Poco F1 considering its jaw-dropping pricing. With truly unbeatable value, a killer of the Flagship Killer OnePlus, the Poco F1 is a Flagship phone for the masses! 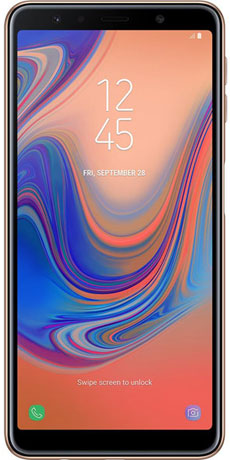 Xiaomi has launched a new sub-brand in India, known as ‘Poco’ and before getting to its first smartphone Poco F1, let’s talk about the Poco sub-brand itself.

It’s a known fact that Xiaomi has not introduced its top of the line flagship smartphones like the Mi 6 in India and the company has been reluctant to bring its premium mid-range phones in the country, where the premium mid-range smartphone segment is getting bigger and more users are willing to spend a good amount of money for the flagship smartphones like the OnePlus 6, which has dominated the premium segment.

Xiaomi, despite having the arsenal, user affection and premium smartphones already in its kitty, has been significantly missing in the premium mid-range segment in India.

Xiaomi, despite having the arsenal, user affection and premium smartphones already in its kitty, has been significantly missing in the premium mid-range segment in India and so they have decided to launch a sub-brand which will help them start afresh from scratch, without carrying the baggage of Xiaomi’s brand commitments. So, here is the Poco sub-brand which leverages all of Xiaomi’s hardware, software, supply chain and after sales service expertise but with a slightly different approach from its parent.

Now, let’s come to the Poco F1, a phone which is eyeing to entirely shake up the entry-level premium smartphone segment in India.

Starting with its design, the Poco F1 has gone for a realistic and more practical approach by not having a more premium glass back and has instead settled for a polycarbonate (plastic) back saying that most users use a case/cover on their phones and so, it will be a better choice to use the more durable plastic which will help them keep the cost low and focus more towards the things which matter more like, performance and cameras.

We completely agree with Poco here as most users, including us, will care more about how the phone performs rather than how beautiful its glass back is, especially when it’s under cover. But, to take this step the manufacturers need to justify it by compensating with a lot of value for the price, which the Poco F1 does beautifully; more on it in the later part of the review.

Great thing is, despite using plastic, Xiaomi has not compromised with the build quality of the phone and it feels pretty solid in hands, it comes with a soft matte texture on the back which feels good and can be used without a case.

Well, if you are still not happy with the plastic back, there is a special Armoured Edition of the Poco F1, which comes with an actual Kevlar stitched back. It looks cool and at the same time feels very good in the hands. So, Xiaomi has kept the option open if you want a more stylish phone, but the Kevlar back is available only in the top end Armoured Edition of the phone.

Poco has also announced that it will also launch official skins for the phone, which will let you customise it to your liking.

The Poco F1 also looks good from the front and sports a 6.18 inches IPS LCD screen with FHD+ display having 18.7:9 aspect ratio & 500-nits brightness. Although it’s not an OLED display like most of the premium flagship phones, the display quality is still very good for its price. There is a big notch up top, which is fairly big compared to most phones out there but it includes some special sensors, which are worth it; we’ll come to the sensors later. The screen comes protected with 2.5D curved Corning Gorilla Glass 3.

The greatest thing about the Poco F1 is that it is powered by Qualcomm’s latest flagship processor- the Snapdragon 845, which is an Octa-Core processor clocked at 2.8 GHz, which also happens to be the best smartphone processor out there at least for Android phones. It comes paired with Adreno 630 GPU and comes in two RAM options of either 6 GB or 8 GB. The phone is very powerful and the performance is flawless, it can handle everything including the heaviest of the games.

An important feature, which is not there in most of the high-end phones including the OnePlus 6 is the LiquidCool Technology, which uses liquid to dissipate the heat and keep the processor’s heat under control, which in turn makes sure that the processor delivers stable performance for long duration gaming and other intensive usages, without a drop in performance. It is well implemented on the Poco F1.

The Poco F1 comes with a dual camera setup on the back with a 12 MP primary Sony IMX363 sensor with 1.4μm large pixel, f/1.9 aperture & dual-pixel autofocus, the same sensor has also been used in Xiaomi’s this year’s flagship Mi 8 as well. There is a 5 MP secondary sensor with 1.12μm pixel and f/2.0 aperture. The Poco F1 comes with Xiaomi’s camera app which has lots of modes and filters including a full manual mode. Portrait shots on the Poco F1 turn out good with natural blurring of the background and good edge detection. It comes with EIS for video recording and it actually works very well but, it is limited to 1080p videos.

The picture quality on the Poco F1 is excellent. It clicks sharp photos with good colours and great details, it also does a great job under high dynamic ranges. It manages to click good low light images with a good amount of light but the details get a little hit, which is expected. The company touts a lot about the ‘AI Camera’ on the phone. The AI mode, when turned on can automatically detect the scene and adjusts the camera parameters accordingly, it works well and doesn’t oversaturate the pictures like we see on some of the Honor phones. Summing up, it’s an excellent camera setup for its price.

On the front, there is a 20 MP selfie shooter with f/2.0 aperture, again it’s the same one used on the Mi 8. It clicks excellent selfies with great details in daylight conditions. It comes with 4-in-1 pixel binning technique to let in more light during low light conditions and produce a better image, the low light performance is good as well.

You do not get OIS for any of the cameras but it is really unfair to expect OIS at this price.

The Poco F1 runs on the Android 8.1 Oreo based ‘MIUI 9.6 for Poco’, which is indeed Xiaomi’s popular MIUI but with a few customizations, most noticeably the biggest difference is in the launcher. Poco has made some changes to Xiaomi’s default launcher and calls it the Poco Launcher, which comes with an app drawer which can automatically customise the apps based on their category. The Poco launcher also categorises apps based on their icon colours.

Poco has also introduced Turbocharge engine for fast app startup and have reduced animation time so the gestures and everything feels snappy. The Poco launcher also comes with Icon Packs support so, you can always get the icon pack of your choice from the Play Store and install it right away. Rest everything is the same as MIUI and you get all its features like Dual Apps, Second Space and more. Poco has promised quarterly security updates for the Poco F1 and has also announced that Android Pie will be coming in Q4.

The Poco F1 comes with UFS 2.1 file system which is a faster mechanism for file transfers. All the variants come with a hybrid slot and you can use microSD up to 256 GB, although it’s a hybrid slot it still gives you an option to use the microSD card, a feature which is largely missing among most flagship smartphones.

The Poco F1 comes with face recognition unlock, but with a better one. Remember we talked about that big notch earlier with some special sensors, the special sensors are an IR lens and IR light for IR Face Unlock, which works even in complete darkness and is pretty fast and accurate. Most of the phones just rely on the front camera for face unlock but Xiaomi’s dedicated Infrared setup is far superior. The Poco F1 also comes with a fingerprint scanner situated on the back, which is again very snappy and accurate.

Another great thing about the Poco F1 is its huge non-removable 4000 mAh Li-Po battery, which delivers good battery backup. It also comes with fast charging support and thankfully, unlike the recently launched Xiaomi Mi A2, comes with Quick Charge 3.0 compatible 9V/2A charger in the box. It uses USB Type-C for data syncing and charging.

The Poco F1 comes with Dirac HD Sound and has very loud and good quality speakers. The earpiece also doubles up as a speaker and gives a stereo effect.