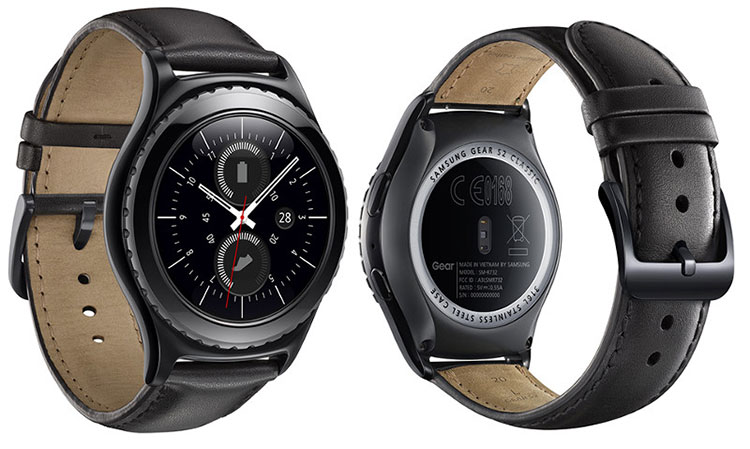 On the specifications front, both the variants bear the same specs. The 1.2-inch circular shaped Gear S2 smartwatch sports 360×360 pixels of resolution super AMOLED display. It is powered by 1 GHz of dual core processor coupled with 512 MB of RAM and has 4 GB of internal storage.

The Gear S2 is IP67 Certified Dust and Water Resistant smartwatch that runs on Tizen OS. The smartwatch supports 2G, Wi-Fi 802.11 b/g/n, Bluetooth 4.1 connectivity, and NFC. It is also said that some models will have 3G cellular capabilities that will let them do more without the phone nearby. The Gear S2 features sensors like an accelerometer, gyroscope, heart rate sensor, ambient light sensor, and barometer. It is powered by a 250mAh battery and promises two to three days of battery life, compared with Apple Watch’s 18 hours.

Samsung will reveal more about the Gear S2 smartwatch and its featured apps at IFA tech show in Berlin on Thursday.