Leaked images of Galaxy Note 5 have surfaced online, even when only few days are left for  its release. Samsung is all set to launch Note 5 in an event called Galaxy Unpacked 2015 on August 13 in New York. It is also said that Galaxy S6 Edge + will be launched at the same event.

Take a look at these images, these are probably the best leaked images of the Note 5: 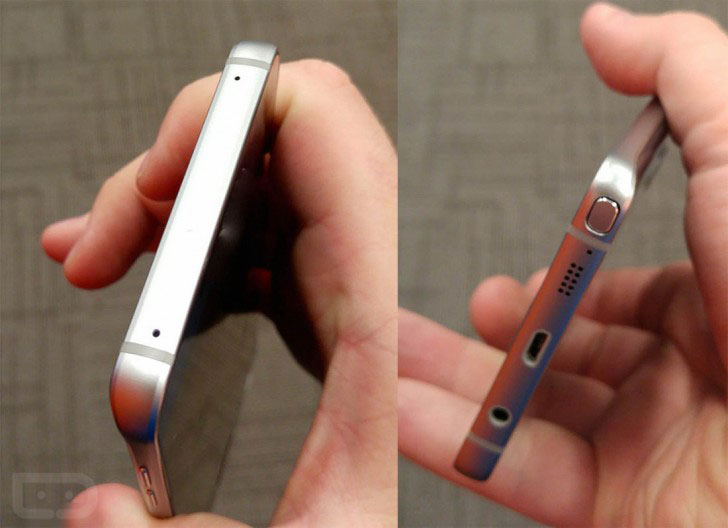 From the images, we can see that metal framed Note 5 looks bigger than the Galaxy S6 and, it has a S-pen slot at the bottom as usual. But the S-pen is said to come with the auto-eject feature which means you can use to draw it from the phone with more ease. It also cites a regular USB port and not a Type-C USB.

On the specification fronts, Galaxy Note 5 (Codenamed Noble) is said to have 4 GB of LPDDR4 RAM and 3000 mAh non-removable battery. It is expected to come in 32/64/128 GB storage variants with no microSD slot. While the leaks from famous tipster @evleaks also said to have Exynos 7420SoC, QHD (5260×1440 pixels) display and 16MP rear and 5MP front camera. It will run on latest Android 5.1.1 OS.