We all knew they were coming and here they are! Samsung has officially launched the Galaxy Note 5 and the Galaxy S6 Edge Plus in the Galaxy Unpacked 2015 event in New York. These are the most powerful Samsung devices until now so let’s dig into the details.

With the Galaxy Note 5 and S6 Edge Plus, Samsung has tried to fill the gap between its two different categories. Now, both the devices pack a similar kind of hardware and software language except their display and the S-Pen features in the Note 5.

Both the Android 5.1.1 powered flagship’s run on the super fast Exynos 7420 chipset with 4 GB of LPDDR4 RAM. They come with a 16 MP rear camera with wide f/1.9 aperture, optical image stabilization and auto real-time HDR. The camera is capable of recording 2160p video & even live streaming 1080p video to YouTube. They have got a 5 MP front camera with f/1.9 aperture and 120 degree wide-angle to occupy more people in your selfies.

The two devices come in 32 GB and 64 GB  storage variants while the microSD slot is no more, so the max storage you can get with the new phones is 64 GB. The phones come with 4G support and the Micro-USB 2.0 port for charging and data transfer. Both the devices house a 3000 mAh non-removable battery which comes with Fast charging support for wireless charging also. Samsung claims that, it takes 2 hours to get fully charged with wireless charging.

Now, let’s take a look at the distinctive features of the Note 5 and Galaxy S6 Edge Plus: 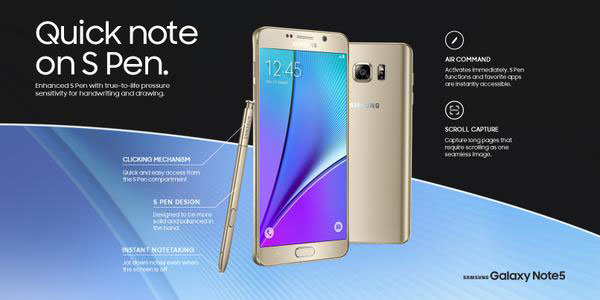 To quickly start with the Note 5, with it Samsung’s premium flagships have officially gone far away from plastic as the Note 5 has carried forward the metal and glass design philosophy from the Galaxy S6. It now has a real premium build and it looks stunning! Good thing is that despite its 5.7 inches of giant screen size, the phone is comfortable to hold in hands and is better than ever to operate with one hand, thanks to Samsung’s added efforts. It has got narrower bezels and a 1mm thinner body than the Note 4.

To add to its new design language, the famous S-Pen has now become clickable, but that’s only to pull out the S-Pen from the device. And once it’s out, the new Air command menu with added features like you can set-up custom app shortcuts in the menu, shows up. 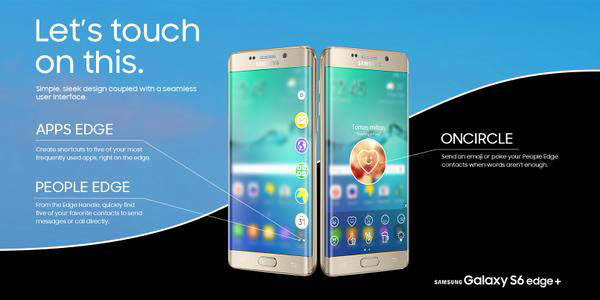 The Galaxy Edge Plus, as its name suggests comes with a dual-edge display similar to the Galaxy S6 edge but it comes with a bigger 5.7 inches screen. The company says, the big screen gives a much better multimedia experience. Well we agree because the curved displays really make the device cool for watching videos!

On the design front, it has the same design of its predecessor. It has the dimensions of 154.4×75.8×6.9mm, and a weight of 153 grams which is excellent considering the metallic design, big screen and the bigger battery. 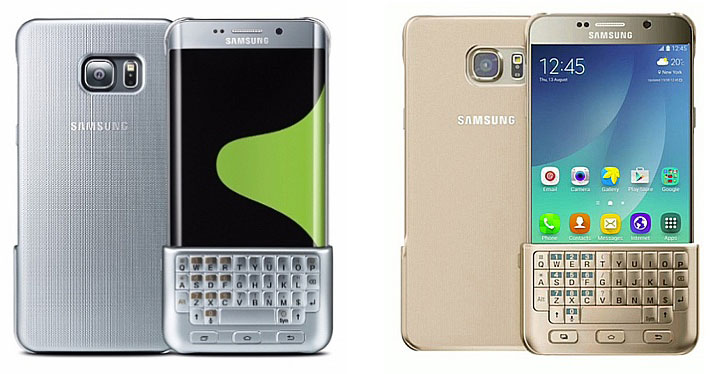 Samsung also announced the robust Samsung Pay which will be available in South Korea on August 20 and the USA on September 28 and will soon follow in other countries. It also teased the new Galaxy Gear S2 smartwatch in today’s launch event and will provide more details about it on September 3 at the IFA trade show in Berlin.