Samsung Galaxy Note 7, the flagship phablet of the South Korean giant was expected to be one of the best smartphone in the world and a competition to Apple iPhone 7. However, Samsung faced the worst crisis ever as they were up against the reports of exploding batteries of Galaxy Note 7 while charging, from across the world in just two weeks of its launch. Several reports started surfacing online regarding the overheating issue and battery explosion which caused a sense of fear among all the Galaxy Note 7 users across the world.

Let us take a look at everything that has happened so far:

Samsung unveiled its flagship phablet Galaxy Note 7 globally on 2nd August 2016. It went on sale in countries like US , South Korea and Japan and within two weeks several reports of overheating and exploding batteries started surfacing. As the days passed by, the reports and complaints increased gradually and very soon it became a critical issue for Samsung. More than 70 units of Galaxy Note 7 were found exploded in the US itself, while the number climbs up considering reports of all over the world. Samsung received 92 reports of the batteries overheating, including 26 reports of burns and 55 reports of property damage, including fires in cars and a garage. 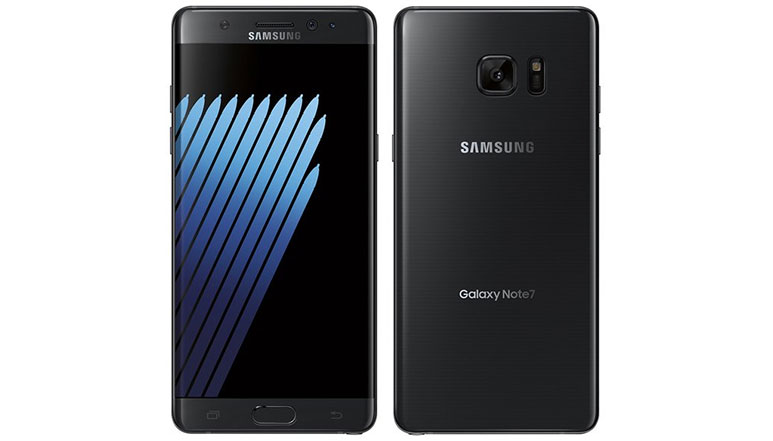 The fiasco of battery explosion did not end up here, as very soon it became a concern for everyone. Following reports of Note 7’s battery exploding during charging, US Federal Aviation Administration (FAA) issued an official warning saying the phone should not be switched on or charged during a flight. FAA also issued a directive on the use of the Note 7 and its storage in luggage. Several airlines including Emirates, Qantas,Virgin Australia American, Delta, Air France, Virgin America and Virgin Atlantic issued similar advisories related to the use of Galaxy Note 7 inside airplanes.

In light of recent incidents and concerns raised by Samsung about its Galaxy Note 7 devices, the Federal Aviation Administration strongly advises passengers not to turn on or charge these devices on board aircraft and not to stow them in any checked baggage.

Following the increasing number of explosions, Samsung had to recall a whopping 2.5 million units of Galaxy Note 7 globally causing them a heatbreaking loss of over $ 1 billion, which has been the biggest recall ever in the history of smartphones. Samsung also issued a statement saying – “Anyone who has purchased this phone should stop using it immediately, shut it off, and return it to where you purchased it for a full refund, new battery or replacement phone.” Samsung halted the sales of Galaxy Note 7 and all the units have been removed from retail stores across the world.

We are expediting replacement devices so that they can be provided through the exchange program as conveniently as possible and in compliance with related regulations.

Now, reports claim Samsung is planning to release a software update for the smartphone that will limit the battery recharge to under 60 per cent. Samsung wants to restrict the charge to 60 per cent at all times to avoid overheating, which may lead to battery explosion eventually. However, there is no clear time-frame on when the company will actually roll out the update for users. Meanwhile, Samsung has said it will launch an advertisement across major media platforms to apologise for the faulty batteries in Galaxy Note 7. According to an IANS report, Samsung plans to say the following in the ads:

We apologise for causing discomfort and concern to our customers. All Samsung employees will do our best to resolve problems.

Even as Samsung continues to take measures to prevent the use of Note 7 across the world, reports of people getting injured due to the device’s battery explosion continue to pour in. With all this controversy, Samsung is likely to have tough time convincing users to buy the phablet. The company already has suffered a huge loss and it doesn’t seem getting better as of now. Samsung is the largest smartphone manufacturer but the brand image has been dented by this battery-explosion controversy. It would be interesting to see how Samsung will overcome from this dent.

The Samsung Galaxy Note 7 was scheduled to go on sale in India from September 2nd but due to these incidents the sale never kicked off and the company has promised to offer the Gear VR free with the phone for those who pre-ordered, whenever the smartphone becomes available.