Samsung is all set to unveil its flagship Galaxy Note 8 at the ‘Galaxy Unpacked’ event on 23rd August. While there have been a lot of leaked renders and specifications details lately, the smartphone was now found listed on Samsung’s official website. Also, the company has released new video teasers highlighting the dual rear cameras and the innovative S-pen coming along with the smartphone. 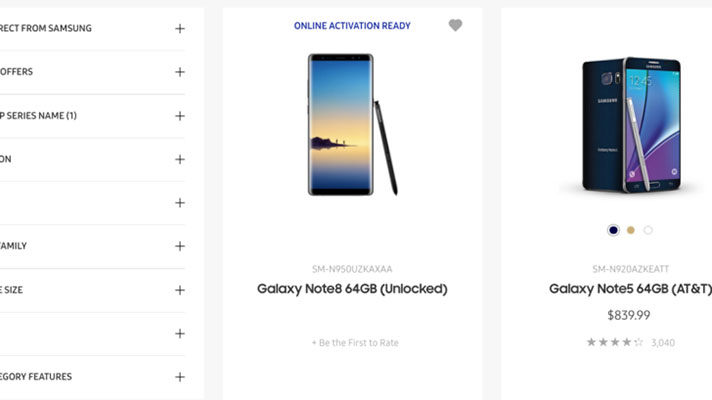 The 64 GB variant Galaxy Note 8 apparently showed up on the company’s official online store along with the model number and a few key specifications. Soon after realising the mistake, Samsung pulled down the page which now shows ‘page not found error’. The smartphone was listed with the model number SM-N950UZKAXAA and showed some of the phone’s features, including the Infinity Screen, S-Pen, and Bixby Assistant. 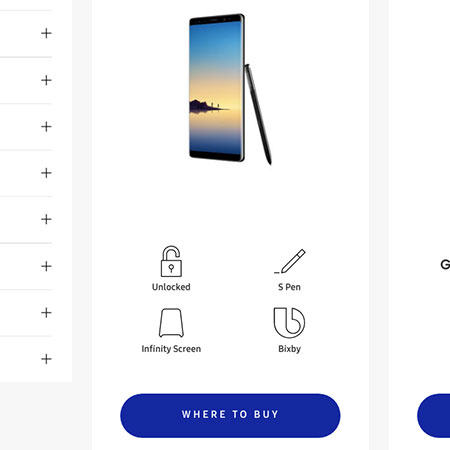 Meanwhile, Samsung also released two new video teasers heading near towards the launch. The teasers highlight two premium features of smartphone i.e the dual rear camera setup and the S-pen. The first teaser features a woman holding both of her hands to form binoculars in front of her eyes and looking at a person where the background gets blur. This certainly indicates that the smartphone will come with camera features like the bokeh effect. Another video teaser shows a man with marker, pen and pencil, drawing on a white surface, emphasizing the use of the S-pen.

Apart from this, there are also reports popping up that the Galaxy Note 8 will go for pre-orders from 24 August, the very next day after it is launched. The smartphone, as per tipster Evan Blass, will come bundled with a 256 GB micro SD card and choice between a convertible wireless charger or a 360 cam. While the buyers in Europe will get a free Samsung DeX dock as the pre-order gift.

Note8 pre-orders from Samsung (starting 8/24) come with a 256GB microSD card plus choice of convertible wireless charger or 360 cam.

Meanwhile, the Galaxy Note 8 was leaked with live images of its dummy model along with the promotional brochures. Although the leaked images give us a nice look over the design of the smartphone but there’s nothing that is unknown. The only question now remains about the exact price of the smartphone which is said to be slightly heavy. We’ll have to wait a few more days tills the Galaxy Note 8 is launched to know any other details about the smartphone that we are unaware of.