After all the rumours, leaks and assumptions going on for a while, the Samsung Galaxy S8 and Galaxy S8+ have finally been launched in the Samsung Galaxy Unpacked 2017 event in New York. It was an entire pile of leaks and rumours almost every other day that led to increase in anticipation and excitement for these smartphones. Both the smartphones are packed with new features and impressive hardware including the ‘Bixby’ Virtual Assistant and a brand new UX. The Galaxy S8 and S8+ are already up for pre orders and will be available for sale from 21st April.

As far as the specifications are concerned, the Galaxy S8 sports a  5.8-inch QHD+ (1440 x 2960 pixels) Super AMOLED display where as  the Galaxy S8+ bears a 6.2-inch QHD+ (1440 x 2960 pixels) Super AMOLED display. The Galaxy S8 and S8+ are the first smartphones in the world to be certified with Mobile HDR Premium display by the UHD Alliance. Screens of both the smartphones have an end to end bezel-less design which the company dubs as ‘Infinity Display’. There is a Corning Gorilla Glass 5 protection on both the screen as well as the back panel. Both the phones come with IP68 rating which makes them water and dust resistant. 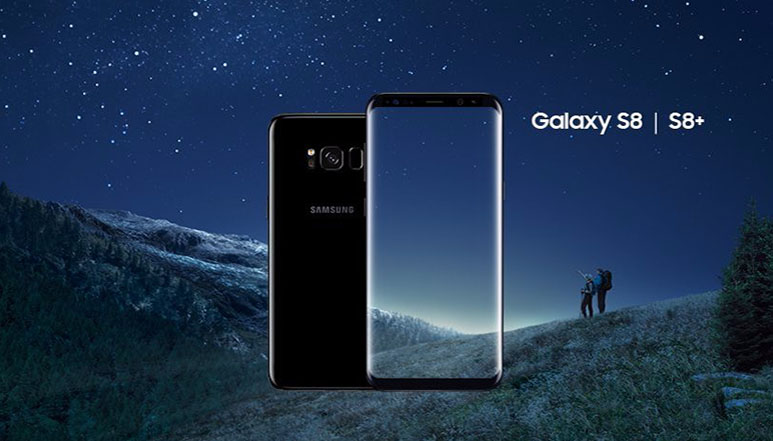 Both the devices launched in the US have got the world’s first 10nm AP 2.3 GHz Qualcomm Snapdragon 835 octa-core processor under the hood where as for the other markets (India included), the smartphones will be armoured with the Exynos 8895 octa-core processor clocked at 2.35 GHz. Both the smartphones come with 4 GB RAM and 64 GB internal storage which can be further extended up to 256 GB via microSD card. The Galaxy S8 and S8+ run on Samsung’s UI based on Android 7.0 Nougat.

Also, Samsung’s own Virtual Assistant ‘Bixby’ is debuting with the smartphones. ‘Bixby’ is similar to other Virtual Assistants like Siri, Google Assistant, Cortana and Amazon Alexa, it will respond to the voice commands given by the users. Not only this but, as per the company ‘Bixby’ will also keep track of users habits and will work accordingly. Along with ‘Bixby’ there’s also a brand new UX. As per the company, this new UX is designed to enhance user experience. Also, the Galaxy S8 and S8+ are the first smartphones with Bluetooth v5.0 and can stream on two devices at a time.

In the imaging department, both the smartphones feature a 12 MP ‘Dual pixel’ rear camera with f/1.7 aperture and optical image stabilisation. Also, there is an 8 MP f/1.7 aperture front camera with auto-focus and 80 degree wide angle lens.

For connectivity, there is 4G VoLTE (Cat. 16), Wi-Fi 802.11ac (2.4 GHz, 5 GHz), Bluetooth v5.0, USB Type-C, NFC and GPS. As rumoured, the Samsung Galaxy S8 and S8+ sport an Iris scanner that can be used to unlock the phone and other accounts. There is also a fingerprint scanner, this time moved to the back of both the smartphones. Apart from these two, Samsung’s improved Facial recognition technology can also be used to unlock the devices in no time. Along with the two new smartphones, Samsung also introduced the new Dex dock and Gear 360 camera. With the new Dex dock, users can convert their smartphones in to desktop like configuration by just plugging the Dex dock into any monitor. The new Gear 360 allows users to create 4K 360 degree videos with 15 MP photos.

We will keep you updated regarding the Indian availability and launch offers of the new phones. Stay connected!