Highly buzzed Galaxy S8 and Galaxy S8+ smartphones from Samsung have been prone to leaks and rumours very often. There is yet another leaked image of the Samsung Galaxy S8 and S8+ now. And this time the white colour variant appears in its full glory unlike the previous images where the black variant was leaked.

Both the new flagship smartphones are to be launched in the Galaxy unpacked 2017 event which is scheduled on 29th March. And according to the famous tipster Evan Blass, the phones will go on sale from 28th April rather than 21st April, which few earlier reports mentioned. 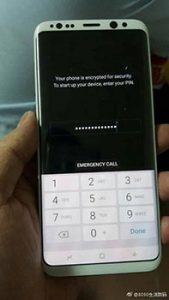 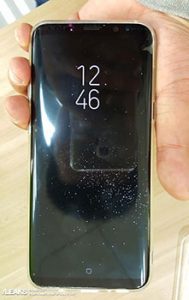 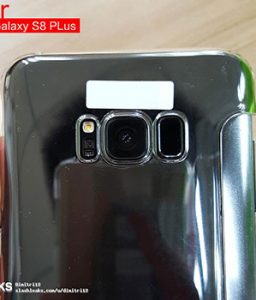 The recently leaked image of Galaxy S8 shows the smartphone in white colour. It appears that both the smartphones contain curved AMOLED screen with thin bezels and high screen to body ratio. In the latest leaked image the phone features on screen navigation keys. According to the earlier leaked specifications, the Galaxy S8 contains a 5.8 inch QHD Super AMOLED display. It may come with 12MP dual rear cameras and an 8MP front camera. With 4GB of RAM, it may come in two processor variants, one with the Qualcomm Snapdragon 835 processor and second with the company’s new Exynos 8895 SoC. It is also said to be provided with a wireless charger and AKG turned earphones.

Eventually the company has now raised curtains over the inclusion of dual camera advancements in its latest Exynos 9 series 8895 SoC which is supposed to be used in the Galaxy S8 and S8+. In its tweet, Samsung seems to highlight the sheer potential of the dual cameras with the new Exynos 8895 premium application processor. The gesture from the company surely gives an indication that the upcoming flagship phones will sport dual cameras.