Microsoft launched Lumia 640 XL a while ago, since then it has been in news for distinct features in great price. But then the question arises is this Lumia 640 XL Windows-based phone worth for money or one should go for Android phones. First let’s find out what Lumia 640 XL has in its machine. 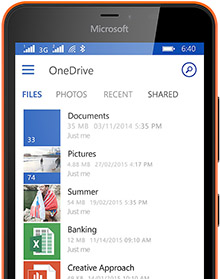 All these specifications make it the best Windows phone under 15,000 Rs. but is it a good buy with many great Android phones present at the same price? And where does the problem exactly lies with Lumia 640 XL? Let’s first have a glance at its pros and cons:

There are many Android based phones like Xiaomi Mi4i, Asus Zenfone 2, Lenovo’s K3 Note and latest Samsung’s Galaxy J7 or the Yu Yureka Plus at the same or lesser price which offer great specs whether it’s regarding to screen, processor, RAM, storage or camera. And it’s a well-known fact that Android OS is more eminent than Windows OS. Android offers various levels of customizations (as it was built for that) to its UI so that users can enjoy keeping their smartphone widget distinct and to their comfort.

Whereas Windows is the most beautiful looking OS out there with its vertically scrolling interface but there is nothing much to customize. The second thing that makes both the OS contrast to each other is the availability of apps. Android will provide you any app which you can demand through its play store as it has apps in abundance while there are limited options of apps available in Windows App Store for a particular category

The Lumia 640 XL is no doubt a good Windows OS device but when there are some of the great Android phones available at even lesser price, there is no good reason to buy the phone and we definitely recommend going with an Android phone for the sake of better performance & hardware, huge store of apps & games and obviously a much better OS.