Talking about the specifications of the smartphones, both the Xperia XA2 and Xperia XA2 Ultra feature a 23 MP main camera and feature the company’s first 18:9 aspect ratio, bezel-free display (although there are thick bezels on the top and bottom). The Xperia XA2 Ultra and Xperia XA2 are mid-range smartphones and will be running on the latest Android 8.0 Oreo. Both the phones are available in single SIM and Dual SIM variants and support 4G VoLTE.  Though the phones have been announced, no official date of sale has been established, so they are expected to start shipping from somewhere around February 2018.

Let’s get on to the details of the three phones one by one. 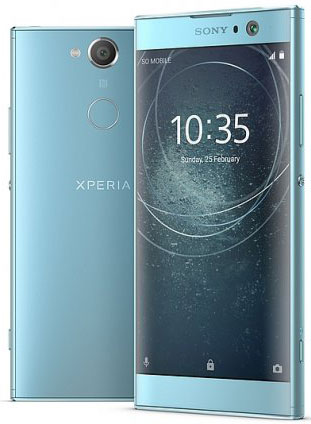 The Xperia XA2 comes with a 5.2 inches full HD 1080p display with 18:9 aspect ratio and Image Enhance Technology. The phone is powered by Qualcomm Snapdragon 630 SoC and runs on a 3,300 mAh battery with quick charging support. It is backed by 3 GB of RAM and 32 GB of internal storage, which is expandable up to 256 GB via microSD card. As mentioned earlier, the phone is equipped with a 23 MP camera on the rear, which has 1/2.3” Exmor RS image sensor, Hybrid Autofocus, Quick Launch & Capture, Low-light photo with ISO12800, 84° wide-angle F2.0 lens with 5x Clear Image Zoom Steady Shot, 4K video recording and 120fps slow-motion video recording.

On the front side, the phone comes with an 8 MP camera, that comes with 120° super wide-angle, 1/4″ Exmor R sensor for a low-light photo with up to ISO 3200. The Xperia XA2 comes with a rear-mounted fingerprint sensor for fast and secure unlocking of the phones. As far as the dimensions of the phone are concerned, it measures 142 x 70 x 9.7 mm and weighs 171 grams. The phone has a metal unibody with reduced bezels on the sides and it is available to the consumers in four color options of Silver, Black, Blue and Pink.

The Xperia XA2 Ultra is not much different from its smaller variant. It has been equipped with a 6.00-inch Full HD (1080 x 1920 pixels) display and runs on an Octa-Core Qualcomm Snapdragon 630 processor. For storage, it is equipped with 4 GB RAM and 32 GB of internal memory that can be expanded up to 256 GB via microSD card. The Xperia XA2 Ultra is equipped with a 23 MP camera on the rear and a 16MP + 8MP dual camera set-up on the front with Optical Image Stabilisation (OIS) on the 16MP sensor.

Compared to the Xperia XA2, it is equipped with a  bigger 3,580 mAh battery along with Quick Charge support. The connectivity options include Wi-Fi, GPS, Bluetooth, NFC, USB OTG, FM, 3G and 4G, while it is equipped with proximity sensor, accelerometer, ambient light sensors. Dimensionally speaking, the phone measures 163 x 80 x 9.5 mm and weighs 221.00 grams and is available to the consumers in Silver, Black, Blue, and Gold colors. 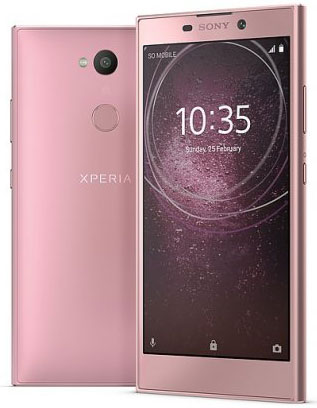 Coming to the Sony Xperia L2, this phone, which when compared to the other two phones is pretty basic. It comes with a 5.50-inch HD (720 x 1280 pixels) display and is powered by quad-core MediaTek MT6737T processor coupled with 3 GB of RAM. For storage, the phone is dependent on 32 GB of internal storage, expandable up to 256 GB via microSD. For optics, the phone has been equipped with a 13-megapixel primary camera on the rear and an 8-megapixel front camera, with 120° wide angle lens for selfies.

The phone is preloaded with Android 7.0 Nougat, with no word on when it’s going to receive the Oreo update. The connectivity options for Sony Xperia L2 include Wi-Fi, GPS, Bluetooth, NFC, USB OTG, FM, 3G and 4G VoLTE. It is equipped with a proximity sensor, accelerometer, ambient light sensor. For power, it packs in a 3300 mAh non-removable battery. It measures 150.00 x 78.00 x 9.80 and weighs 178 grams.

As of now, there is no word on how much the devices are going to cost in various markets. So, we guess we’ll have to wait for a while before we know the exact prices.