All the three Xperia Z5 family members sport a 23 megapixel rear camera with Exmor RS sensor, f/2.0 aperture, 24mm focal length and autofocus in just 0.03 seconds. They all, also have the same 5 front megapixel camera with 25mm focal length with SteadyShot technology for amazing selfies. All three devices have 32 GB of inbuilt storage, expandable up to whooping 200 GB via microSD card and are IP68 and IP65 certified dust and water-resistant. Another interesting feature that all three smartphones come with is a fingerprint scanner. The side-mounted power button now also acts as a fingerprint scanner.

So now let’s get into the details which make the three smartphones distinctive from each other. 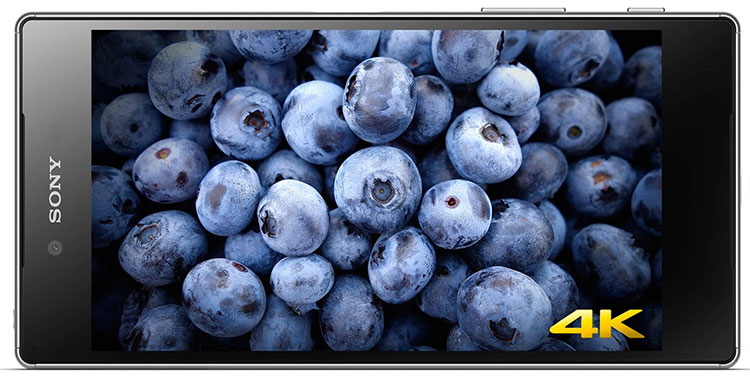 The Sony Xperia Z5 Premium is the best in the Xperia flagship line-up this year, it is also the milestone phone for the entire industry and the whole smartphone technology as it is the first phone in the world to come with an unbelievable 4K display. At the current time there are only handful of phones which come with the Quad HD display and now we have got a 4K display smartphone. It’s just double than Quad HD and four times the resolution of Full HD (which we still consider good)!

The smartphone flaunts a 5.5 inch (3480×2160 pixels) of IPS display with mind-blowing pixel density of over 806 ppi. It also comes with oleophobic coating to prevent the screen from dust and scratch. It houses a 64 bit octa core processor paired with Adreno 430 GPU and 3GB of RAM.

The Xperia Z5 Premium is packed with a massive 3430mAh battery, for which company claims that it can last for two days on single charging. It measures 154.4x76x7.8 mm and weighs around 180 grams. The device will be available in Chrome, Black and Gold color variant.

The Sony Xperia Z5 Compact sits at the bottom end of the Xperia Z5 family, it sports a 4.6 inch HD (1280×720 pixels) IPS display with pixel density of 323 ppi and comes with oleophobic coating. It is powered by 64 bit octa core SoC paired with Adreno 430 GPU and 2GB RAM.

The smartphone is packed with 2700 mAh non removable battery. It is sized at 127 x 65 x 8.9 mm and weighs 138 grams. It will be available in White, Graphite Black, Yellow and Coral color variants.

The Xperia Z5 and Z5 Compact will launch in October, while the Z5 Premium is expected to begin rolling out in November. What do you guys think about the Xperia Z5 family?