WhatsApp is testing new features to make the application more user friendly. If sources are to be believed, Facebook is working hard towards launching the stand alone WhatsApp for Business app very soon. As of now, they are testing few new features that will become a part of the stable version of the app. Picture in Picture (PiP), Shake to Report, Tap to Unblock, Invites via Link and Private Replies in a Group are some of the features which are being tested in the beta version of the application.

If you are wondering, what do such new features mean for the users, then here’s what you can expect. If these features are included in the stable app, one of the most intriguing features has to be the Picture in Picture feature.

Imagine you are on a video call and at the same time, there’s someone else, who is sending you messages. Since, you are on a video call, the only option you are left with, is to pause the video and get to the person who was texting you. This interruption in video calling will be eliminated by the new PiP feature. This feature will allow users, in such a scenario, to minimise their video call window and text another person at the same time. This feature is already available for iOS but is awaited on the Android platform. However, in Android, it will also allow you to resize the video window as per need. 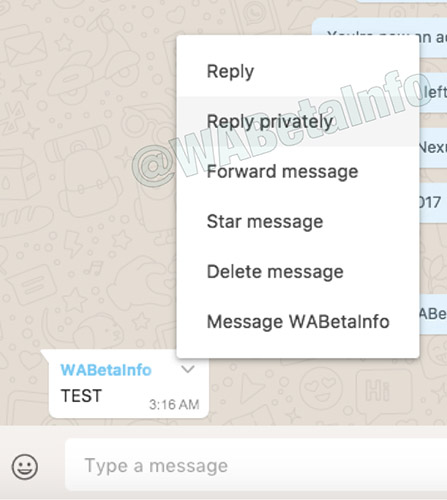 It might happen; after downloading the latest updates or after installing the application on your device, it might not be functioning properly and regarding the same you might need some assistance. Earlier you would have to search through your settings menu to reach up to the “contacts us” button and then report the problem you were facing. With the new Shake to Report feature, developers of WhatsApp have decided to do away with such a lengthy procedure. Once you have received the Shake to Report feature in your WhatsApp, in order to report any issues, all you have to do is shake your phone and it will directly take you to the contact us section, from where you can report your quires.

Similarly enough, another feature that is being tested in the Beta version of the application, is the tap to unblock function. So, for instance, if you have had to block an acquaintance, who had annoyed you over some petty issue, you can unblock them by simply tapping their name and selecting unblock, in order to start sending messages immediately.

In order to improve group messaging, a private messaging feature is also being tested. This feature will allow any user of the group to privately reply to another person’s messages in the same group, without allowing other members to view the private conversation.

While WhatsApp is testing such new features, they are also working on giving the group administrators, a little more control over how things function in their group. This new feature will allow a group admin to stop a member from sending messages in a group without removing them from the group, and a lot more. You can read more on the ‘Restricted Groups’ feature here.

Another happening addition to the list of updates is the YouTube window feature, which will allow the users to watch YouTube videos right within the application. So for instance, if one of your friends shared a video link with you in their messages, in the previous versions, when you clicked on the link you were redirected to the YouTube website or the application. The new YouTube window will eliminate that process of redirection and will allow you to watch the video in a separate window within the application, while you can simultaneously chat with your friend.