As it was expected, Xiaomi has announced its latest user interface for mobile platforms i.e the MIUI 9. The MIUI 9 was in talks for quite some time and was highly looked upon considering the buzz of new and exciting features that were said to be included. Standing true to its expectations, the new UI indeed comes with a lot of new features along with faster app launching and other improvements. Xiaomi had already revealed the list of smartphones that will be getting the update, however the new UI for these devices will be rolling out in three different steps starting from 11th August.

As mentioned earlier, first beta for the MIUI 9 ROM also know as developer ROM will be rolling in two different phases for different devices. The first release will be on 11th August only for Xiaomi Mi 6, Mi 5X and Redmi Note 4X. In the second phase, the MIUI 9 developer ROM will start rolling out on 25 August and this time for quite a lot of smartphones which include, Xiaomi Mi MIX, Mi Note 2, Mi 5, Mi 5s, Mi 5s Plus, Mi 5c, Mi Max 2, Mi Max 32G, Mi Max 64G/128G, Mi 4S, Mi 4c, Mi Note Pro, and Redmi 4X.

After this, the final roll out in late September will be for all the remaining Mi and Redmi devices that come under the list of compatible devices released by Xiaomi. It is worth noting that the developer ROM that we are talking about is for China only, where release dates and devices are applicable for China Developer ROM alone. For those unaware, the China ROM and the Global ROM differ a bit in features. As of now, there is no word from the company regarding the Global availability of MIUI 9.

As mentioned earlier, the MIUI 9 comes with lots of new features and improvements. The new UI provides faster app loading as compared to the previous version where there was bit of a hassle for the foreground apps to get resources. Also, the Split Screen features already present in Android Nougat has also been included now. Apart from from all the new features, there are a few which the company highlighted, these features include: 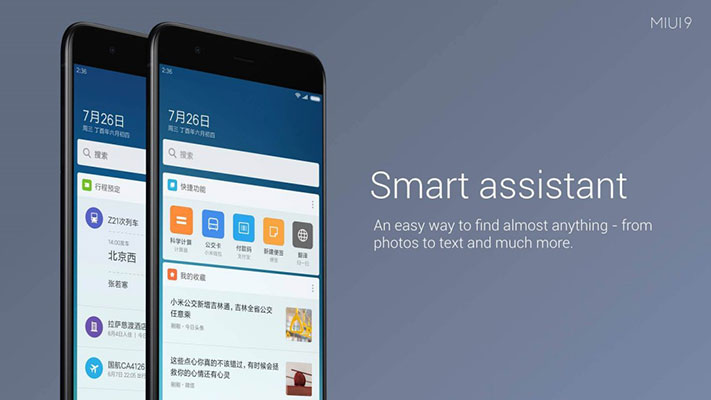 Just like other tech giants, Xiaomi is also getting into the AI (Artificial Intelligence) league with its new ‘Smart Assistant’. As per the company, the Smart Assistant will help you find almost everything on your smartphone. Similar to the spotlight search feature in Apple iOS, swiping to right on the home screen will bring up the search along with app suggestions, news and other customizable widgets. 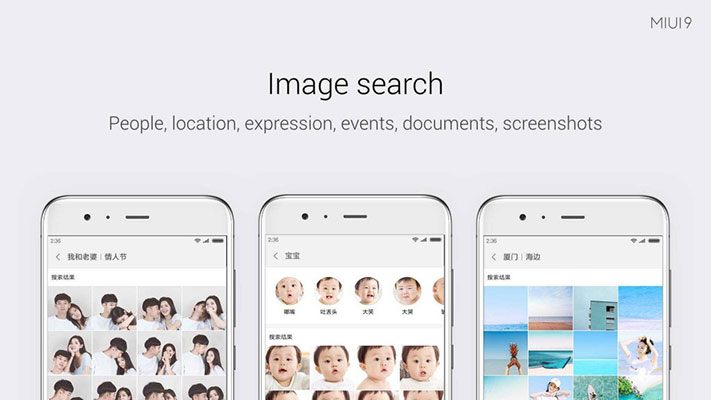 The Image Search is another new exciting feature making its way with the MIUI 9. This is a universal search feature that can differentiate the images based on the keywords that you type. The images will be separated based on location, expression, documents, events, screenshots, and people in your conversations too. 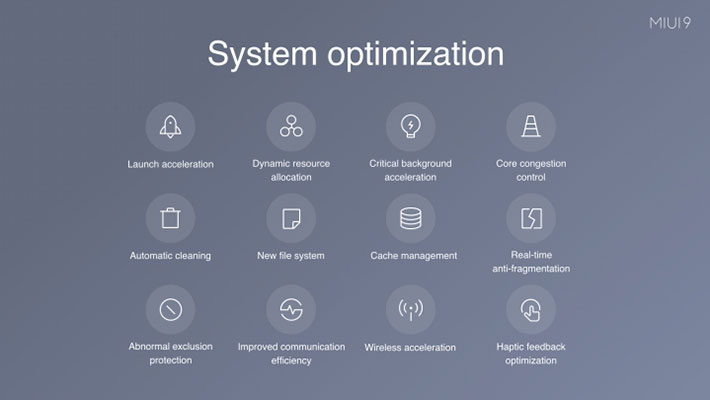 The new UI comes with dynamic resource allocation feature, which allocates priority to the apps to let you enjoy fluent experience. The feature will basically prioritize the resources based on the app that you are using  which will further optimise the system for smooth working.

So this was pretty much all about the new MIUI 9, to know more about the interface you can visit the official MIUI website.