Xiaomi, which has made it big with its smartphones in the Indian market, also made waves, when it launched the Mi TV4 with 55-inch screen on the 14th of February this year. It was pretty evident from then onwards that, other variants of the television would be hitting the market soon. Today, Xiaomi has launched two variants of the Mi TV 4, called as the Mi TV 4A 32 inch and Mi TV 4A 43 inch. As for the price, the 32 inch TV is priced at Rs. 13,999 and the 43 inch TV is priced at Rs. 22,999, which are again ground breaking price tags for the Indian television market. No other TVs with big screens and smart features are available for such a low price. Talking about the specifications of the televisions, the Mi TV 4A, like its bigger screen counterpart,  comes with a sleek bezel-less design. To improve the on user experience, the television has been provided with content support for 15 different languages. The 43-inch model is equipped with a full HD display while the 32-inch model features an HD ready display.

But both the televisions have been equipped with Amlogic 64-bit Quad-core processor along with 1 GB RAM, Mali-450 MP3 GPU and 8 GB storage. Both the televisions also come with all the smart features and PatchWall OS with support for lots of popular apps and free content. As an introductory offer, users who opt for a JioFi connection for their newly acquired smart TVs will be provided with an instant cashback of Rs. 2,200 on their purchase. 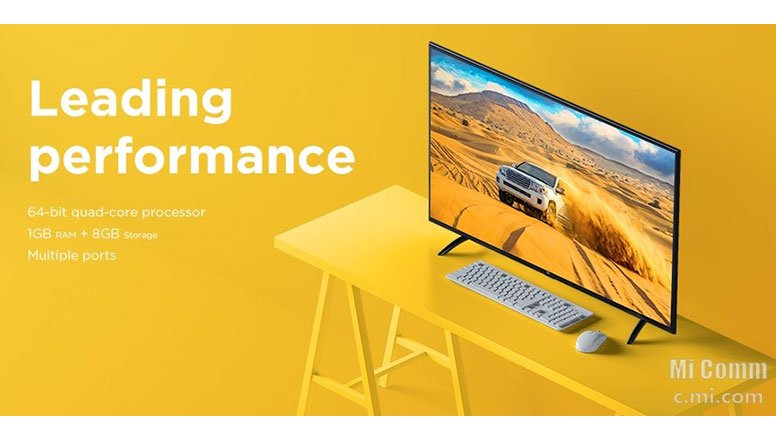 Though the new TVs have been announced, they will not be hitting the retail store shelves anytime soon. So if you have to purchase a Mi TV 4A variant, you might want to head on to Mi.com, Flipkart and Mi Home Stores, where the sales will begin from 13th of March. There are also reports that there will be a 15% discount on the original prices, but as of now, it has not been confirmed, whether that discount has already been applied, or will be applicable upon purchase.