After tons of rumors and last-minute image leaks, Xiaomi fans can finally heave a sigh of relief as the company has officially announced the Xiaomi Mi 4c in Beijing, China. It is the first Xiaomi’s smartphone to feature a Type-C USB port.

The Xiaomi Mi 4c flaunts a 5 inch Full HD (1920 x 1080 pixels) IPS display with pixel density at 440 pixels per inch. Under the hood, it has a 64-bit Qualcomm Snapdragon 808 MSM8992 hexa core processor clocked at 1.8 GHz coupled with Adreno 418 GPU. The smartphone will come in two variants- 16 GB internal storage with 2 GB RAM and 32 GB built-in memory with 3 GB RAM.  It will run on the all new MIUI 7 based on Android Lollipop. 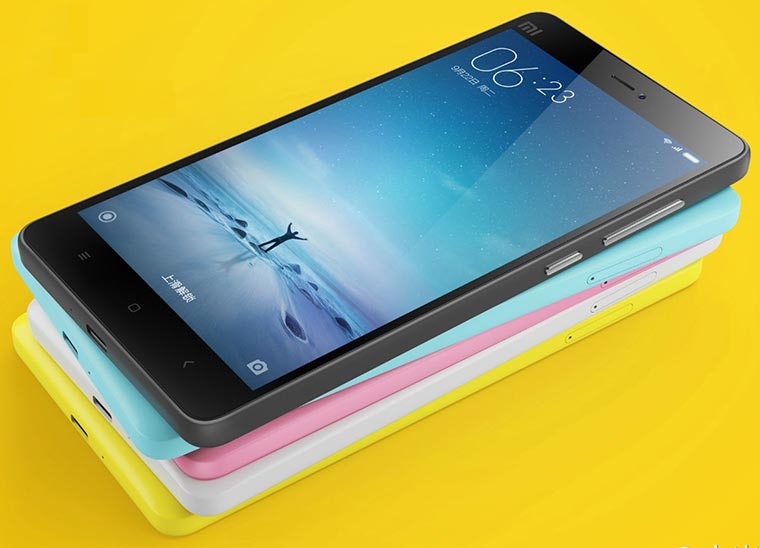 The Mi 4c sports a 13 megapixel rear camera with SONY IMX258 sensor, dual tone LED flash and phase detection autofocus feature. On the front, it has a 5 megapixel snapper with wide-angle lens. Xiaomi also introduced the new ‘Edge Tap’ feature which allow user to click selfies by just tapping on the edge. 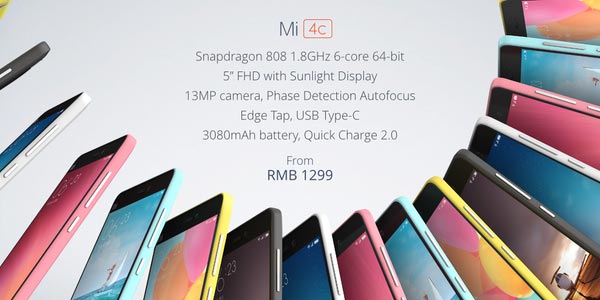