Xiaomi is all set to launch it flagship phone, Mi 5 along with Mi 5 Plus and some other devices today at MWC 2016. But an online retailer has listed both Mi 5 and Mi 5 Plus smartphones with their price, photos and specifications. 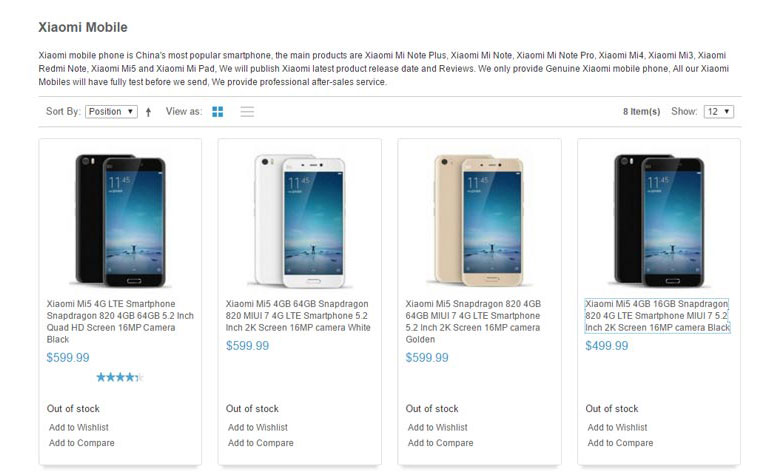 Moving on to Xiaomi Mi 5, it flaunts a bigger 6 inches QHD (2560×1440 pixels) IPS display and is powered by Snapdragon 810 quad-core processor paired with Adreno 430 GPU and 4GB of RAM. It comes with 64GB internal storage. It boasts a 16 megapixel rear camera, 8 megapixel selfie camera. It may cost you $599.99 and will be offered in Black color variant.

However, even after the full details are revealed, it is still just a leak. We will have to wait for few more hours for the confirmed specs from Xiaomi. The launch event will start at 1.30 pm IST. Stay tuned.

Read previously leaked details of the Xiaomi Mi 5 at: #XiaomiMi5