Xiaomi’s rumoured upcoming smartphone, dubbed as Mi 5c has been leaked in live images with some set of specifications. The Xiaomi Mi 5c will be a cheaper variant of the flagship Mi 5. It is also tipped to be the first smartphone from Xiaomi to sport an in-house processor, named Pinecone.

The Xiaomi Mi 5c is expected to sport a 5.5-inch Full HD (1920 x 1080 pixels) 2.5D curved glass display. It is said to be powered by Xiaomi’s in-house Pinecone 14nm Octa-core processor clocked at 2.2GHz. The processor will be paired with 3GB of RAM.

The Mi 5c is expected to pack a 12MP rear camera with dual-tone LED flash and an 8MP front-facing camera. It will come with 64GB of inbuilt storage. It is said to run on Android 6.0 Marshmallow with MIUI 8 on top and support NFC-based payments. 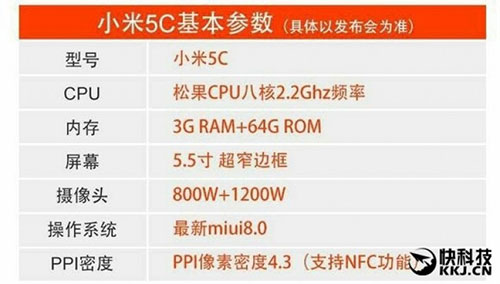 As seen in leaked images, the smartphone will come with rounded edges and narrow bezels with the fingerprint sensor embedded into the home button. The volume rockers and the power button is on the right while the camera module along with the flash is placed on the left side of the back. 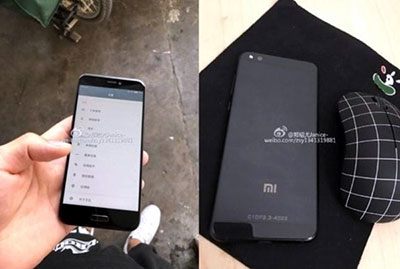 The Xiaomi Mi 5c is rumoured to be launched on 30th November and go on sale in December. However, there is no official word about the launch from the company yet. So, you are advised to take this report with a pinch of salt. Stay tuned for more updates!