Xiaomi’s upcoming flagship smartphones Mi 6 and Mi 6 Plus have been prone to leaks and rumours every now and then. Now, there’s yet another leak related to the smartphones just before their launch that is rumoured on April 11th and this time, full specifications and pricing details have made their way out in the middle. Also, some live images of the Mi 6 Plus have also surfaced which show how the smartphone will look.

First up, let’s look at the specifications, an entire spec sheet revealing information about display, processor, camera and price for Xiaomi Mi 6 and Mi 6 plus has been leaked online. According to the source, the Xiaomi Mi 6 has a screen size of 5.15 inches with Full-HD (1920 x 1080 pixel) display where as the Mi 6 plus sports a slightly larger 5.7 inches screen with the same display. 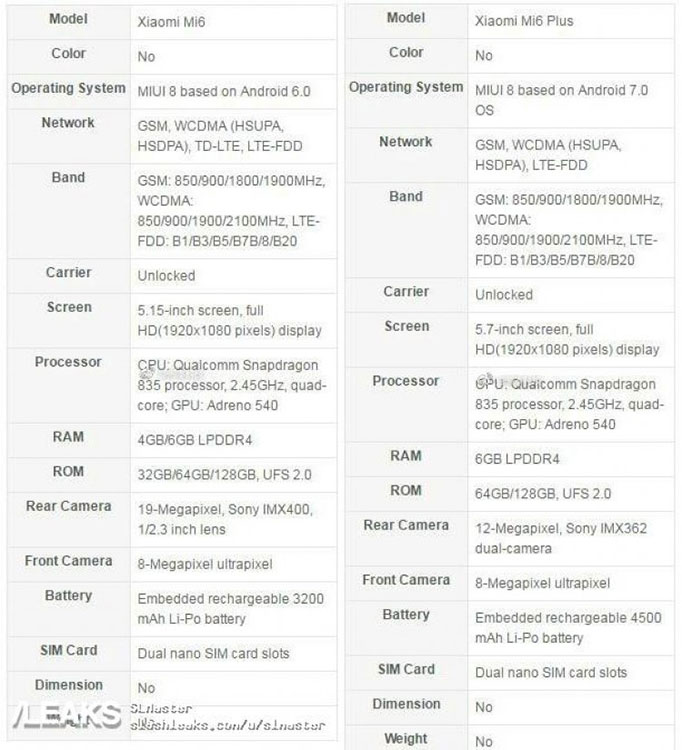 Both Mi 6 and Mi 6 Plus, as per the leaked spec sheet run on Qualcomm Snapdragon 835 quad-core SoC Clocked at 2.45 GHz. But as per earlier leaks, the smartphones might sport the Snapdragon 821 SoC initially and a new variant with Snapdragon 835 may launch sometime later. There were also reports of the smartphones holding a MediaTek Helio X30 processor.

Now, coming to the live image of the Mi 6 Plus which justifies the rumours and possibility of having a dual camera setup. 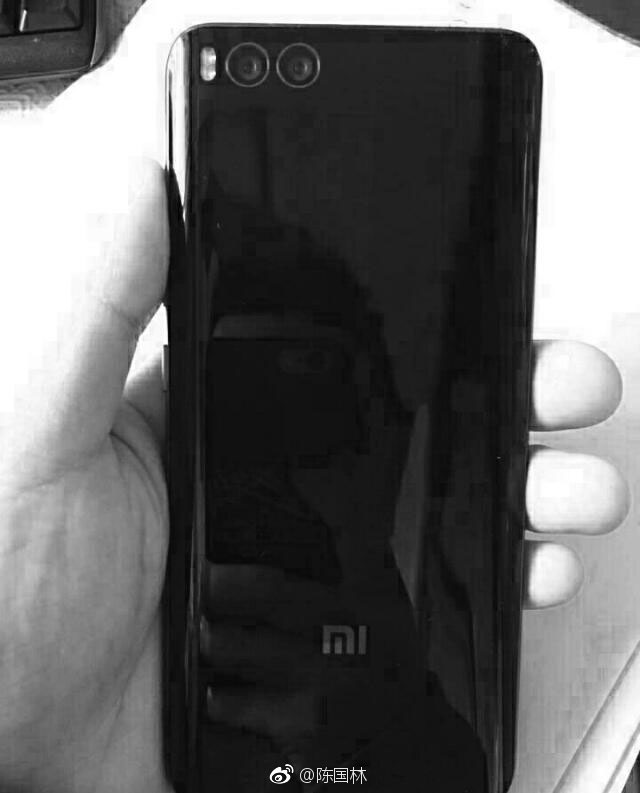 From the leaked image, one can also guess the screen size to be massive 5.7 inches. The back of the phone is curved which resembles to the design of the Mi 5.