Being right on schedule, Xiaomi has launched its MI Max 2 phablet today in India. The highlight of the smartphone is its massiveness with a 6.44-inch display and a mammoth 5,000 mAh battery. The Mi Max 2 was launched in China back in May this year and is the successor of Mi Max. The smartphone is priced at Rs. 16,999 and will be available in Mi 3rd anniversary sale via Mi.com and Mi home on 20th and 21st July from 12 pm. It will go on open sale from 27th July on Flipkart, Amazon, Tata Cliq and Paytm mall.

Apart from this, the company also mentioned that Mi Max 2 is the first smartphone which is co-launched simultaneously between online and offline channels, so it will also be available offline from 27th July via all the preferred offline partners of Xiaomi in India. The smartphone comes with a few launch offers under which, all those who buy the smartphone will get extra 100 GB data from Reliance Jio (extra 10 GB with every recharge for up to 10 recharges). All the other offers will be revealed soon in coming days when the smartphone is available for open sale. 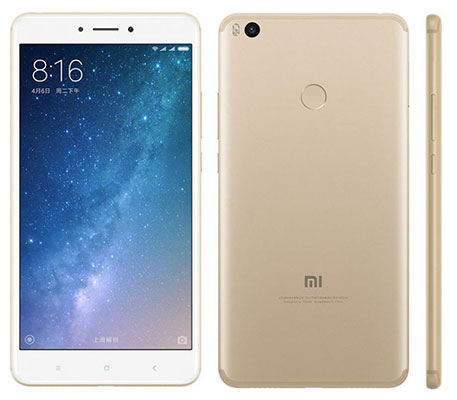 The Xiaomi Mi Max 2 sports a massive 6.44-inch Full-HD (1080 x 1920) display with 2.5D curved glass on top, similar to its predecessor, but this time the side bezels appear to be narrower. The company emphasises the big screen of the smartphone which makes it easy to read content and work on spread sheets or other documents. With the launch of Mi Max 2 the split screen feature also makes its way to the MIUI 8 but in a beta version as of now.

The smartphone is powered by a 64-bit 2.0 GHz Snapdragon 625 Octa-core processor designed using 14nm FinFET technology and coupled with Adreno 506 GPU. The smartphone was launched in two variants in China, however in India only the 4 GB RAM and 64 GB internal storage variant has arrived. Mi Max 2 runs on Android 7.1.1 Nougat out-of-the-box along with latest MIUI 8 skin on top which will be upgraded to MIUI 9 in coming days. The smartphone comes with new MIUI theme which makes it much more interactive and useful as per the company.

The optic department of the smartphone includes a 12 MP rear camera with PDAF support and dual-LED flash. Mi Max 2 holds a Sony IMX386 sensor with 1.25-micron on the rear, similar to the one used in Mi 6. There is also a 5 MP front camera with wide-angle-lens for larger selfies.

As mentioned earlier, the another highlight of the smartphone is its big 5,300 mAh battery which is 9% bigger than its predecessor and is claimed to deliver upto 2 days of regular working usage when fully charged. The battery also provides 18 hours of video playback time, upto 57 hours of talk time and around 31 days of standby time. Mi Max 2 comes with reverse charging and Quick Charge 3.0 technology which is able to charge the battery from 0% to 68% in just an hour.

Xiaomi Mi Max 2 contains a full metal uni-body design with rounded edges. The antenna bands have been moved to the top and bottom. It also comes with dual stereo speakers which is one of the advancements over its predecessor. The connectivity options of the smartphone include 4G VoLTE, Wi-Fi 802.11ac (2.4 / 5GHz) MIMO, Bluetooth 4.2, NFC, GPS + GLONASS and USB Type-C. Mi Max 2 comes embedded with a fingerprint scanner on the back and an IR blaster along with other on-board sensors. The smartphone measures 174.1×88.7×7.6 mm and weighs 211g.