Xiaomi’s Mi Mix 2 is again one of the exciting and fairly rumoured smartphone to look up for this year. The CEO of Xiaomi, Lei Jun already confirmed that the Mi Mix 2 will be arriving later this year and we also know that it is being designed by renowned French designer Philippe Starck. While the Mi Mix 2 has been up with a few leaks previously, we now have a concept video of the smartphone shared by its designer that shows ultra narrow bezel on one side of the phone.

The video shows the smartphone with almost no side bezels and even thinner upper and lower bezels as compared to that of its predecessor. Going by the video, the smartphone seems to be holding the largest scree-to-body ratio and goes far above flagships from Samsung and LG. The front camera appears to be on the right side of the bottom bezel and similar to its predecessor the Mi Mix 2 will also use Cantilever piezoelectric ceramic acoustic system instead of a standard earpiece. 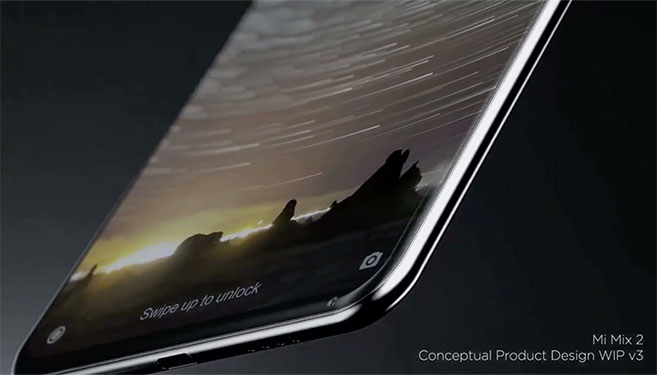