Xiaomi launched the Mi Mix 2 at ₹ 37,999 in India back in October 2017, the phone which received good response from the consumers was the company’s top-end bezel-less display smartphone of the year. With new entrants in the market at a similar price range, like the OnePlus 5T and Nokia 8, the competition has become fierce. So in order to gain an upper hand in the race, the company has announced a price cut on the smartphone, after which the phone is available to the consumers at ₹ 32,999.

But, as reported by The Indian Express, this price cut is applicable only until 5th January, which means as of now it’s not permanent. But it’s fairly possible that  Xiaomi will likely make the new price, the official price tag of the phone, which will also be reflected on Mi.com and Flipkart. 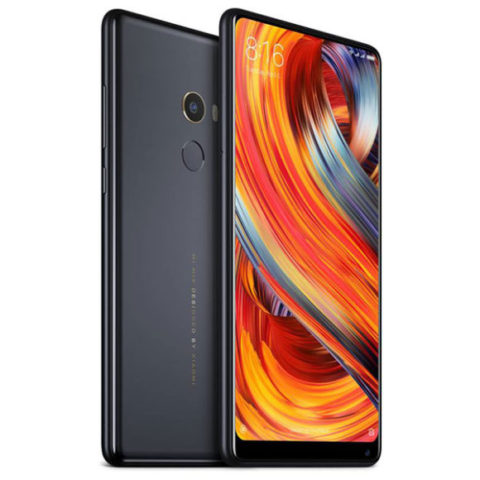 Now, since the prices have been slashed, Xiaomi is quite positive that the Mi Mix 2 will fare better than its competitors. So if the new ₹ 3,000 price cut has made it a lucrative prospect for you, here’s what you should know about the phone. The Mi MIX 2 runs on Android 7.0 Nougat based MIUI 9 backed by 6 GB RAM and 128 GB (non-extendable) internal memory. The Mi Mix 2 comes with a 5.99-inch Full-HD+ (1080×2160 pixels)18:9 aspect ratio IPS-LCD display with 403 PPI density. For power requirements, it relies upon a Qualcomm Snapdragon 835 SoC.

The smartphone is equipped with a 12 MP Sony IMX386 sensor with 1.25-micron pixels, 4-axis optical image stabilization, 5-piece lens, f/2.0 aperture, with facial recognition feature. And for the camera on the front, it has a 5 MP sensor with facial recognition as well. The Xiaomi Mi MIX 2 has been given a sturdy ceramic body with a 7-Series aluminum frame and an 18K gold plated camera ring on the rear.  The smartphone has almost no bezels on every side except the bottom bezel, which harbors the front camera and other sensors. And since there is no top bezel, the developers at Xiaomi have used a rather innovative approach of  ‘hidden sound-guided speakers’ that are capable of resonating sounds through the display and frame of the phone.

The Mi Mix 2 measures 151.8×75.5×7.7mm and weighs about 185 grams. The phone is powered by a 3,400 mAh battery, and for connectivity makes use of 4G, VoLTE, dual-band Wi-Fi 802.11c, Bluetooth v5.0, GPS/ A-GPS, and USB Type-C. It is equipped with onboard sensors which include an accelerometer, ambient light sensor, barometer, digital compass, gyroscope, and ultrasonic proximity sensor.