Xiaomi’s Mi Mix 2 is one of the exciting and fairly rumoured smartphone to look up for this year. After various teasers and concept videos, the company has finally announced that the Mi Mix 2 will be unveiled at an event in China on 11th September. Xiaomi is calling it the 2.0 bezel-less display, emphasizing over the bezel-less design of the smartphone.

We recently saw a concept video of the smartphone shared by its designer that showed ultra narrow bezel on one side of the phone. Also the CEO of Xiaomi, Lei Jun had already confirmed that the Mi Mix 2 will be arriving later this year, where the launch date was rumoured to be 12th September. However, the company seemed to have pulled the date by a day, avoiding any clash with the possible launch date of iPhone 8. 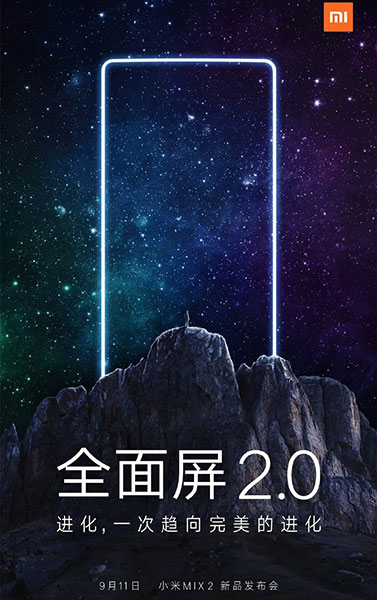