Xiaomi, along side the launch of Redmi 4 smartphone also launched its first router in India, called as the Mi Router 3C. The new Wi-Fi router comes with some really interesting specifications at a very affordable price as compared to others available in the market. The Mi Router 3C is priced at Rs. 1,119 and will be available from 23rd May via Mi.com and can be also purchased from Mi Home Store staring 20th May. The device will be available for sale from Flipkart and Amazon as well, staring from June 8.

The Mi Router 3C comes with 4 copper antennas with dedicated PCB circuits in each. Amongst the 4 antennas, two are for receiving the signal and another two are for transmitting. As per the company, this effective antenna design helps in improving the signal strength and also increases the range of Wi-Fi. 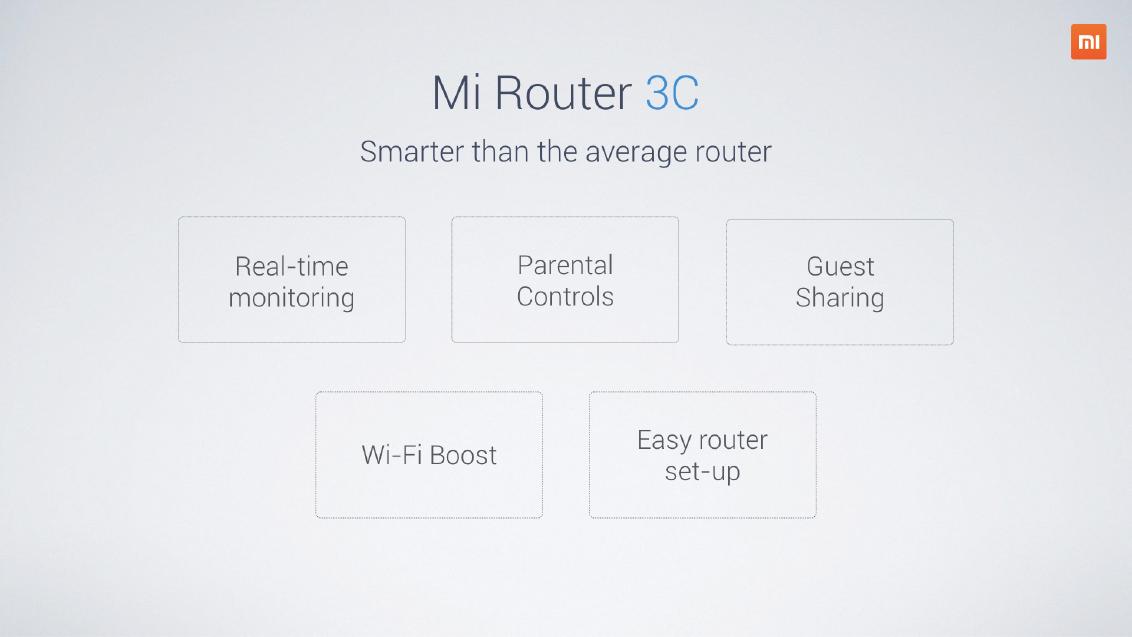 As per Xiaomi, the Mi Router 3C is extremely easy to setup. The router can be easily set-up with a few steps using the Mi Wi-Fi app that is available on both Android as well as iOS platforms. The Mi Wi-Fi app offers a few exciting features that prove very hand in day-to-day usage. Through the app, users can monitor and view the upload and download bandwidth of all the connected devices, admins can also restrict the bandwidth for particular users or can even block some users completely. 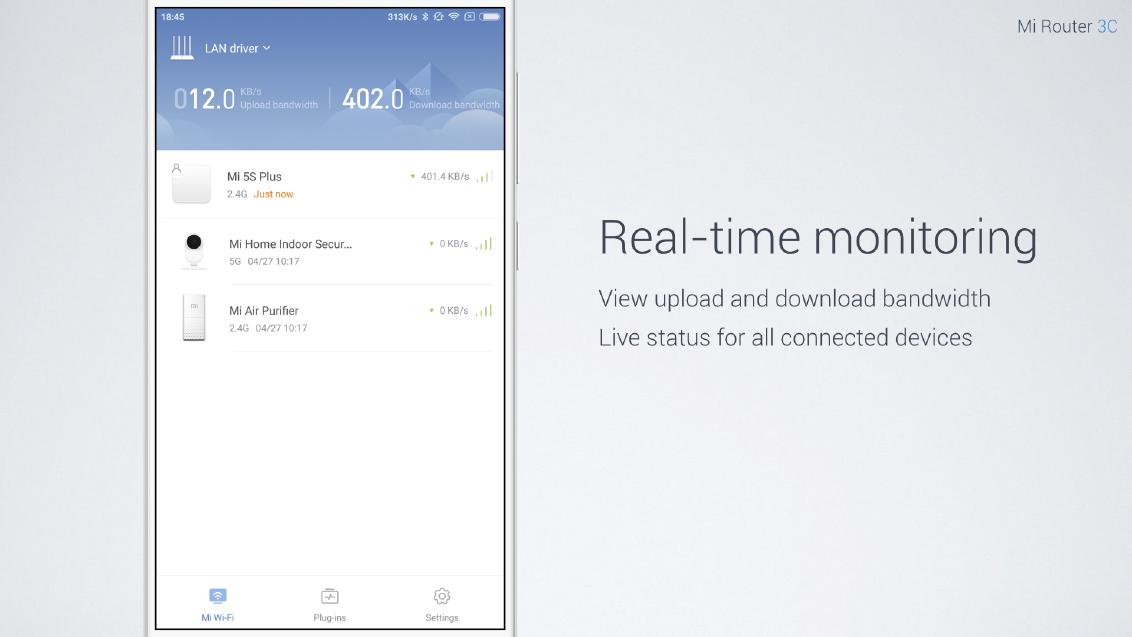 Apart from this, the router also supports Wi-Fi boost which intelligently sets Wi-Fi channels to optimise connections for higher speeds. The Guest sharing feature in app helps in creating unique Wi-Fi logins, keeping the master password private for personal network data. Finally, there is the parental control which effectively schedules time for internet access and can monitor device use in real-time. The feature also allows you to block websites of your choice.

Talking about the build quality and design of the Mi Router 3C, it has a plastic body with a proper sleek design. Apart from the four antennas, it also has two LAN ports and one WAN port. There is a small LED light which glows in RED, Blue or Yellow colors depending upon the status of connection.

The Xiaomi Mi Router 3C is another budget device from the company which could go at the top of the list similar to some of its smartphones in India. At Rs. 1,119, considering the features it is offering, the Mi Router 3C is less than half the price of the other routing devices available in the market.