Last week, the Xiaomi Redmi 4 was spotted online and has been leaked a number of times in the past. Xiaomi on Friday finally launched the smartphone at an event in Beijing, China. Xiaomi also launched the Redmi 4 Prime and Redmi 4A smartphone.

The Xiaomi Redmi 4 and Redmi 4 Prime sports similar metal unibody designs, hybrid dual-sim slots, and a fingerprint sensor on the rear panel. Both run on Android 6.0 Marshmallow with MIUI 8 on top. Both the smartphones pack a 13-megapixel rear camera with dual-tone LED flash, PDAF, f/2.2 aperture, 1080p video recording and a 5-megapixel front-facing camera with f/2.2 aperture. Both are powered by a 4100 mAh battery with fast charging support. Connectivity options include 4G VoLTE, Wi-Fi 802.11 a/b/g/n, GPS + GLONASS. The Redmi 4 offers Bluetooth v4.1, while the Redmi 4 Prime comes with Bluetooth v4.2. Both will be available in Gold, Grey, and Silver colour variants. 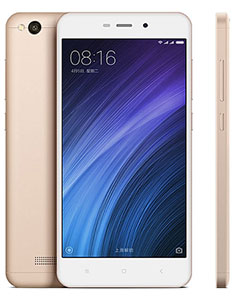 The Redmi series does well in India for Xiaomi and we can expect Redmi 4 to hit the Indian markets soon. Stay tuned for more updates!