Xiaomi has launched its latest budget smartphone, the Xiaomi Redmi 4A at an event in New Delhi today. The smartphone is priced at Rs. 5,999 and will be available in Dark Grey, Gold colour options and will go for sale exclusively via Amazon India and Mi.com from Thursday, 23rd March at 12 pm. The phone also comes in Rose gold color variant which will be available from 6th April via Mi.com.

The smartphone was launched in November last year accompanied with Xiaomi Redmi 4 and 4 Prime. It is the most basic version in Xiaomi’s ‘Redmi 4’ series and according to the company, the design of the Redmi 4A was inspired by the Xiaomi Mi 4i which was launched earlier in India.

The key specifications of the Xiaomi Redmi 4A include a 5-inch HD (720 x 1280 pixels) display, a 1.4 GHz Quad-core Snapdragon 425 processor adjoining  Adreno 308 GPU and 2 GB RAM with 16 GB internal storage which can be further expanded up to 128 GB via micro-SD card. The smartphone runs on Android 6.0 Marshmallow with MIUI 8.0 on top. 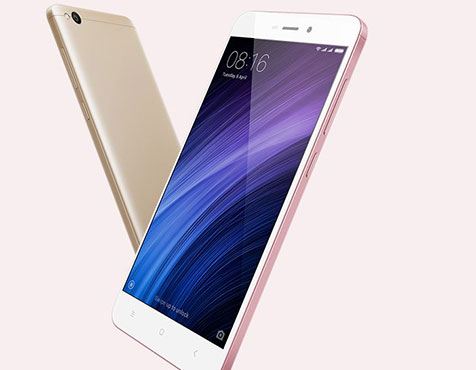 For connectivity there is 4G VoLTE, Dual-sim support, WiFi 802.11 b/g/n, Bluetooth v4.1 and GPS. The on board sensors include accelerometer, ambient light sensor, gyroscope, infrared sensor and proximity sensor.

During the launch, Jai Mani, (Product Manager, Xiaomi India) also stated that, Xiaomi is the largest brand in India with 30 percent of market share. Also the company has started a second plant in India and with both plants at work, Xiaomi can manufacture 1 phone per second.