As the launch date of the much awaited Redmi 5 is nearing, Amazon has created a new page on their India specific website, which hints towards the arrival of a new smartphone from the house of Redmi. The posters on the Amazon page, while they do not reveal many details about the smartphone, but it is believed with utmost surety that, it will be the new Redmi 5, which was launched in China earlier.

The upcoming launch event came into the spotlight when the company tweeted, “Coming soon a bigger display in the #CompactPowerhouse. Join us for the live stream on 14th March at 3 PM” on the microblogging site. Following the tweet, the internet has been abuzz with speculations, about which smartphone the company might be launching. 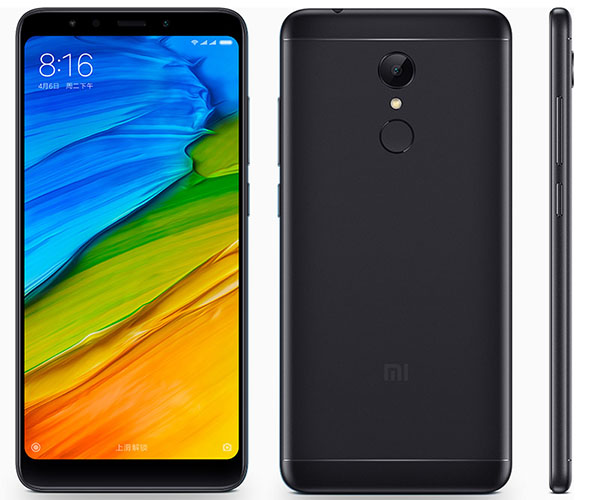 So before the Redmi 5 is officially launched in the country, here’s what you need to know about the specifications of the smartphone. The Redmi 5 has been equipped with a 5.7-inch, HD+ (720×1440 pixels) display, with an 18:9 aspect ratio and 282 PPI pixel density. Powered by an Octa-Core Qualcomm Snapdragon 450 processor, the Redmi 5 will be available in 2GB/ 3GB/ 4GB RAM variants, backed by either 16GB or 32GB of inbuilt storage.

For optics, the Redmi 5 will be relying upon a 12-megapixel rear camera with f/2.2 aperture, PDAF, and LED flash. While on the front side it has been provided with a 5-megapixel selfie camera, with a soft-light LED flash and Beautify 3.0 capabilities, for clicking those perfect selfies. The device which measures 151.8 x 72.8 x 7.7 mm and weighs 157 grams, will be dependent on a 3,300 mAh battery.

As of now, the official price of the Redmi 5 has not been revealed, but as it will replace the company’s popular low budget king Redmi 4, it is expected to be priced at Rs. 6,999 for the lowest configuration variant while going up to 10,999 for the top end variant.