Xiaomi had been preparing their fans in India for another smartphone launch, after the launch of the Redmi Note 5 and Note 5 Pro. Today, as expected, the company has announced the launch of Redmi 5 in the Indian markets. The smartphone which sports a 5.7-inch HD+ screen is launched in three variants, with the 2 GB RAM/ 16 GB storage variant priced at Rs. 7,999,  the 3 GB/ 32 GB variant costing Rs. 8,999, while the 4 GB/ 64 GB variant is priced at Rs. 10,999.

The Redmi 5 which will be available in the country exclusively via Amazon.in will be accompanied by many exciting offers. For the time being, there is Rs. 2,200 cashback with Reliance Jio, that also offers 100 GB of additional data. Then there is a 5 percent discount on Amazon India and Mi.com using SBI credit cards. There is also a 90 percent discount on the purchase of Kindle eBooks which might go up to Rs. 400 at max. Apart from being an Amazon India Exclusive smartphone, the Redmi 5 will also be available to consumers via Mi.com and Mi Home Stores and also via Xiaomi’s offline retail partners. 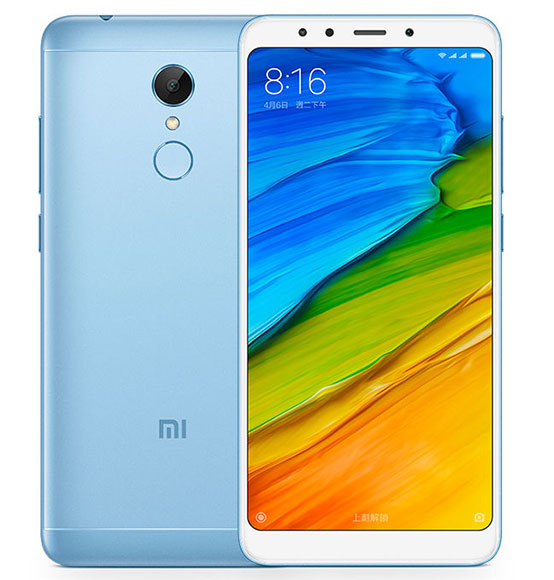 For optics, the Redmi 5 is reliant upon a 12 MP rear camera with 1.25-micron pixels, f/2.2 aperture, PDAF, HDR, and LED flash. Whereas on the front end of the smartphone, it has been provided with a 5 MP camera accompanied by an LED light, for taking those perfect selfies in low light. Apart from this, the camera app comes with facial recognition capabilities and Beautify 3.0.

Connectivity options include 4G VoLTE, Wi-Fi 802.11 b/g/n, Bluetooth v4.2, GPS/ A-GPS, and a 3.5mm audio jack. The Redmi 5 which bears a fingerprint scanner on the rear of the smartphone measures 151.8 x 72.8 x 7.7 mm and weighs 157 grams and will be available to the Indian consumers in Black, Gold, Lake Blue, and Rose Gold colour variants.