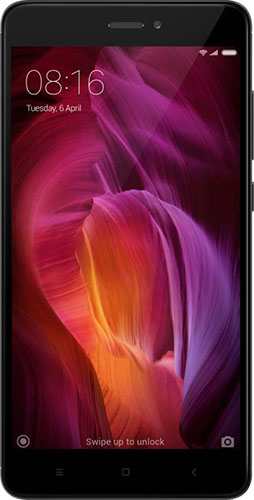 The phone comes with a 5.5 inches Full HD screen with good display quality. Sadly, it misses out on Gorilla Glass screen protection. It runs on the 2.0 GHz Octa Core Snapdragon 625 Processor and comes in 3 GB RAM variants with Adreno 506 GPU. It obviously doesn’t deliver performance like the Snapdragon 650 on the Redmi Note 3 but it is still pretty much capable of handling everything smoothly, it also handles games well without much heating. On the camera front, it packs a 13 MP rear camera which is a better shooter than the 16 MP rear camera of the Redmi Note 3, it has good picture quality with good colors and details. The 5 MP front camera is also good, it comes with various beautification modes which enhance the selfies.

The phone packs a good fingerprint scanner and also includes Infrared Blaster which allows you to control your TV, AC, music system and many other electronic appliances, it is a very good feature and comes handy. It is a dual sim phone with 4G and VoLTE support. It packs 32 GB of internal storage which is expandable upto 128 GB via a hybrid slot. Coming to another good thing about the phone, it is backed by a 4100 mAh battery which delivers excellent battery backup. Disappointingly, the Redmi Note 4 misses out on fast charging which few other competitors offer at this price, it is not a deal breaker but it would have made things sweeter.