Xiaomi seems to be working on the Redmi Note 4, successor to its hugely popular Redmi Note 3 smartphone, as the teaser image of the upcoming smartphone got leaked on Weibo.

The teaser image that was shared by a user, shows a model holding the smartphone, which has a dual rear camera setup and Xiaomi logo on the bottom of the rear panel. A LED flash can also be seen, placed between the two cameras. and also the antenna bands that are present at the top and bottom. Another image which was shared on Weibo shows the metal body of the smartphone. 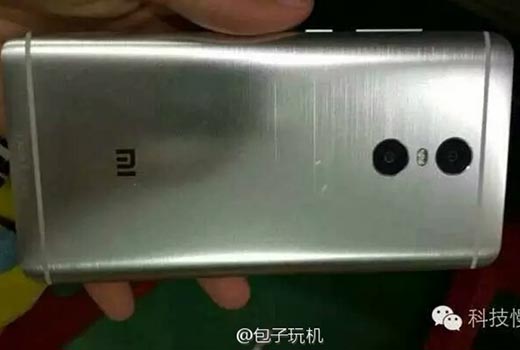 Xiaomi is expected to launch the Redmi Note 4 by the end of November this month, as its predecessor was launched around the same time.