After being up with several leaks recently, the Xiaomi Redmi Note 5A is all set to be unveiled next week. Xiaomi officially announced that the smartphone will be launched on 21st August for which, it is apparently sending press invites as well. Apart from the announcement, company’s CEO Lei Jun and Co-founder Bin Lin also shared press shots of the phone, showing off the phone in three colors – Grey, Rose Gold and Gold. 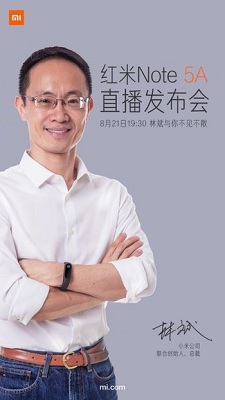 The smartphone was recently spotted on TEENA which indicated its imminent launch that certainly came out to be true. The press render also confirms the fact that the Redmi Note 5A will be available in two different variants, falling in line with the TENNA certification where two smartphones with different model numbers were spotted. 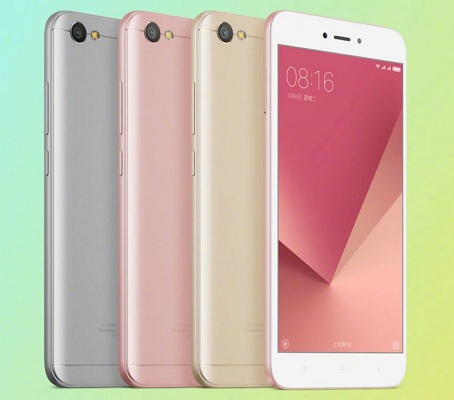 Coming towards the leaked specifications, the basic version which is expected to be called as Redmi Note 5A, sports a 5.5 inch HD (720 x 1280 pixel) display and will be powered by a 1.4 GHz quad-core processor which could most probably be the Snapdragon 425. The smartphone as per the leaks, will come with 2 GB of RAM and 16 GB internal storage.

The smartphone is speculated to be running on Android 7.1.1 Nougat out-of-the-box with Xiaomi’s own MIUI 9 interface which has been launched recently. In the imaging department, the Redmi Note 5A will be holding a 13 MP rear camera and a 5 MP front camera. The smartphone packs a 3,000 mAh battery to keep things ticking and won’t be holding a fingerprint scanner, indicating that it could be another ultra budget smartphone from Xiaomi similar to the Redmi 4A. 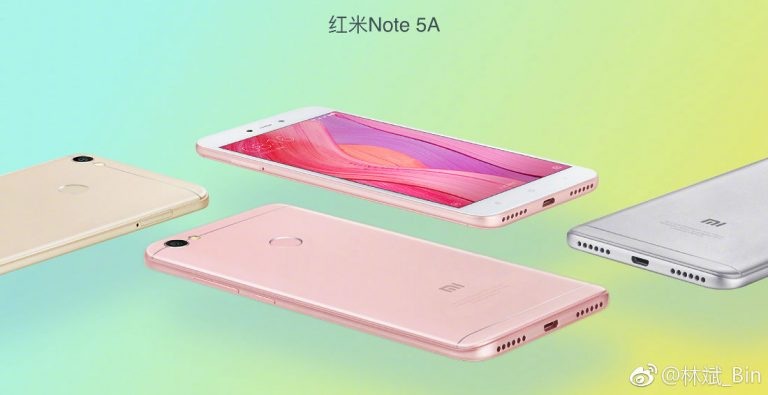 Talking about the upgraded version, spotted by the model number MDE6S, it will sport the same 5.5 inch HD (1280 x 720 pixels) display but is said to powered by a 1.4 GHz Octa-Core Snapdragon 435 processor. The device will come with 3 GB RAM and 32 GB internal storage which will most probably be expandable up to 128 GB via microSD card. It may run on Android 7.1.1 Nougat with MIUI 9 on top, similar to the Redmi Note 5A.

The imaging department here, consists of a 16 MP rear camera coupled with LED Flash and a 13 MP front camera again with LED flash. The smartphone holds a fingerprint scanner on the rear as well as an IR blaster and packs a 3,000 mAh battery to power itself.