Being on schedule, the Micromax backed Yu televentures has launched its Yunique 2 smartphone in India after a long interval. The smartphone comes in as a successor of Yu Yunique which was launched back in 2015. The Yu Yunique 2 is priced at Rs. 5,999 which, although is a bit more as compared to its predecessor but comes with handful of new updates. The smartphone will be exclusively available for sale via Flipkart from 27th July in Champagne and Coal Black colour options.

The Yu Yunique 2 sports a 5-inch HD (720 x 1280 pixel) IPS display with Corning Gorilla Glass 3 protection on top. The smartphone is powered by a 1.3 GHz quad-core MediaTek MT6737 processor. It comes with 2 GB RAM and 16 GB internal storage which can be further expanded up to 64 GB via microSD card. The device runs on Android 7.0 Nougat. 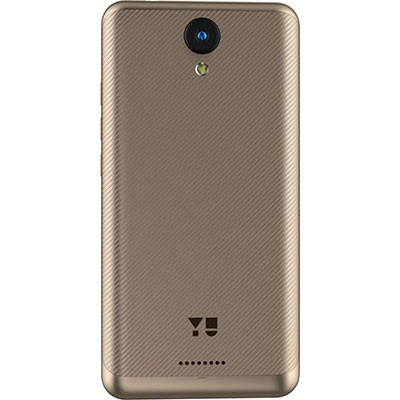 In the imaging department, the Yu Yunique 2 holds a 13 MP rear camera which comes with features such as, dedicated night mode, panorama and HDR mode to further improve the experience. There is also a 5 MP front camera for selfies and video calls. The smartphone packs a 2,500 mAh battery to keep things ticking.

The Yu Yunique 2 comes with an interesting feature for which the company has partnered with ‘Truecaller’ app. The app comes integrated with the default calling of the smartphone which gives the users access to the caller ID and span detection for calls and messages. Apart from this, users can also block unwanted calls and hidden numbers. The in-built caller ID and spam detection with the help of Truecaller gives the Yunique 2 a sightly upper edge as compared to other budget segment smartphones, if you care about that!