Yu Televentures launched the Yu Yuphoria in May at Rs. 6,999. The smartphone is a great success for the company, and now they have planned to launch the Yuphoria successor; atleast leaks suggest that. 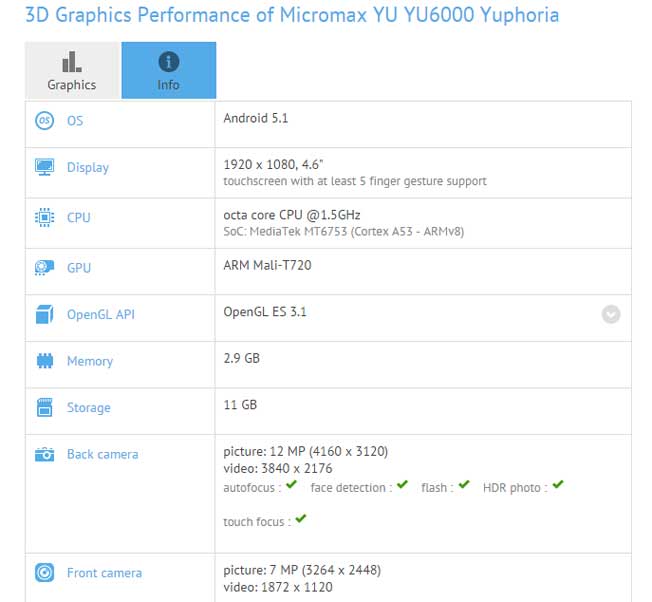 The Yu Yuphoria successor was recently spotted on GFXBench database with model name Yuphoria YU6000. As per the benchmark, the Yu6000 features a 4.6 inch Full HD (1920 x 1280 pixels) display. It is said to have 1.5 GHz octa core Mediatek MT6753 processor, paired with ARM Mali T720 GPU and 3 GB RAM. It may come with 16 GB built-in storage space.

The Yu6000 may sport 12 megapixel rear and 8 megapixel front camera. It is said to be based on Android 5.1 Lollipop OS.

However, there is no word by company on it yet.