With so many smartphones in the market in every price range, people often get confused and end up buying something different from their choice. The budget segment is filled with many smartphones from the likes of Lenovo, Xiaomi, Yu, Motorola, Asus, Huawei and others which makes choosing one best among them even more difficult.

In this fierce competition we have got three smartphones which are strong competitors of each other viz. Micromax Yu Yuphoria, Xiaomi Redmi 2 Prime and Lenovo A6000 Plus. All three smartphones sports almost similar specifications and are doing pretty well at their respective prices. But, we need to figure out which smartphone will suit which kind of customer.

Let’s get started with a detailed comparison to know the best among the three :

Yu Yuphoria Vs Redmi 2 Prime Vs Lenovo A6000 Plus:

By just checking out specifications of these three smartphones it would be difficult to tell which is the best. So let’s get into the vault of these smartphones one by one. 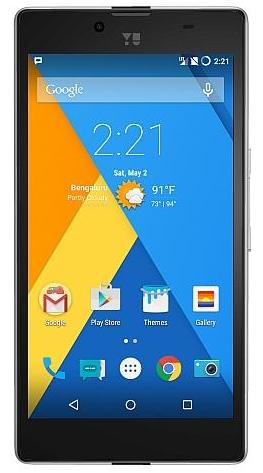 Yu Televentures which is the subsidiary of Micromax has created a new spot for themselves in the budget segment with some stunning smartphones such as Yu Yureka, Yu Yuphoria, Yureka Plus and recently the Yu Yunique. All these smartphones are stating the success story of Yu. Coming to the Yu Yuphoria, it has set the parameters high for other budget smartphones.

The Yu Yuphoria sports a 5-inch vivid and sharp HD display (720 x 1280 pixels) which brings graphics to life with 16.7M colors. When it comes to design, it comes with a Superior Craftsmanship in metal surrounded by stainless steel rim and the design of camera is inspired by Rings of Saturn. The screen is protected by Corning Gorilla Glass 3. The performance of the smartphone is monitored by Qualcomm Snapdragon 410 Quad Core processor clocked at 1.2 GHz. The processor is coupled with 2 GB of RAM and Adreno 306 GPU for graphics. Yu Yuphoria runs on Cyanogen 12 OS on top of Android 5.0.2 Lollipop which is highly customisable, so you can make changes in your smartphone according to your mood and style.

This smartphone packs an 8-megapixel rear camera with auto-focus, LED flash and a 5-megapixel front camera for Selfie freaks. On the storage part it has got 16 GB of internal memory and expandable memory up to 32 GB via microSD card. It is a Dual-Sim 4G smartphone which is backed by a battery of 2230 mAh. The Quick Charge feature powers the phone from 0 to 50% in 45 minutes which is a very useful feature (Watch: Yu Yuphoria Quick Charging Feature Tested). The smartphone is available in two colors viz. Buffed Steel and Champagne Gold.

So at this price Yu Yuphoria is a treat for smartphone lovers with a low-budget. 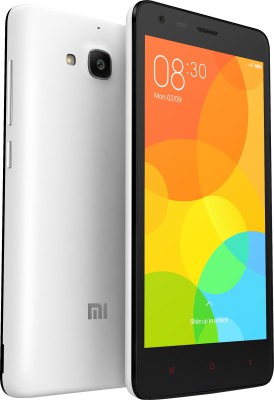 Xiaomi, the Chinese giant has spread its wings successfully in India and is a trusted brand now. Xiaomi smartphones have been performing very well and the company is getting popular with every new smartphone. The Xiaomi Redmi 2 did well in the budget segment following which Xiaomi launched a variant of it with slightly upgraded specifications, naming it Xiaomi Redmi 2 Prime.

The Xiaomi Redmi 2 Prime features a 4.7-inch HD screen (720×1280 pixels) with a fully laminated panel which is something not common in budget segment smartphones. The front panel is plain black with the capacitive button labels printed in red giving it a nice look and the rear side has the pleasant matte texture which feels good in the hand. The smartphone is powered by the Qualcomm Snapdragon 410 Quad-core 1.2 GHz processor which is coupled with 2 GB of RAM and Adreno 306 GPU. The smartphone runs on MIUI 6 skin on top of Android v4.4.4 Kitkat which is quite a drawback, as its competitors are sporting latest OS.

It sports an 8-megapixel rear camera with auto-focus LED flash and a 2-megapixel front camera. The camera quality is good enough for a budget smartphone. The internal storage is 16 GB while the external storage is expandable up to 32 GB via Micro SD card. 4G is supported on both Sim cards which is a key point for a budget phone. The 2200 mAh battery powers the smartphone. The Redmi 2 Prime also supports USB On The Go (UOTG) which will allow users to connect other USB peripherals like keyboard, game-pad, etc, which is quite interesting.

Overall, the smartphone does justice to its price and is a good buying option. 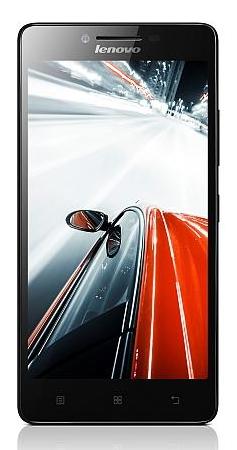 Lenovo is a big name in the smartphone world with number of brilliant smartphones in its kitty. Lenovo has rightly hit on the budget segment with some powerful-specced smartphones at a low price. The Lenovo A6000 Plus is one such smartphone from Lenovo which is worth buying at its price.

The Lenovo A6000 Plus is more of an upgrade to its predecessor Lenovo A6000. Both sports same design and display quality with somewhat flimsy matte finish on rear cover. It has a 5-inch HD IPS display (720 x 1280 pixels) with a pixel density of 294 ppi. The smartphone is powered by 64-bit Qualcomm Snapdragon 410 Quad-core 1.2 GHz processor which is coupled with 2 GB of RAM and the Adreno 306 GPU. The Lenovo A6000 Plus runs on Android KitKat 4.4.4 with the Vibe 2.0 UI layered on top.

It features an 8-megapixel rear camera with auto-focus, LED flash and a 2-megapixel front camera. The internal storage is 16 GB and the external storage can be expanded up to 32GB via microSD card. This Dual-Sim 4G smartphone is backed by 2300 mAh battery which lasts around 10 hours and 34 minutes. The Dolby-tuned speakers are quite good and a perk for music lovers.

The smartphone is good in all aspects and surely a tough competition for other budget smartphones.

Yu Yuphoria: The Yu Yuphoria is a smartphone with great design and metal edges, good build quality, amazing software in the form of Cyanogen 12 OS, a very good performance, good cameras and a decent battery life. At a price of just Rs. 7,000 you get too much to rejoice for. When comparing with Redmi 2 Prime and Lenovo A6000 Plus, it is a more prominent option for the features it offers but it also comes with few bugs in the Cyanogen OS and the customer service is something the company needs to improve much.

Redmi 2 Prime: The Xiaomi Redmi 2 Prime is a great smartphone in itself. When compared to the Yuphoria, it is just behind in front camera which is 2 MP and it is deprived of latest OS Android Lollipop however, its 8MP rear camera is better than the two and the MIUI is a very thoughtful and feature rich ROM. The performance is good and it also offers some good features like UOTG. Overall, it gives a good & more balanced user experience and a must buy if 5-inch screen is not your first priority.

So, as we have seen the Yu Yuphoria and Redmi 2 Prime are no doubt better, that doesn’t means the Lenovo A6000 Plus is bad. Now, among the two, both are equally good but we will choose the Xiaomi Redmi 2 Prime as the winner because of a balanced and better user experience but, as per your taste you can choose your best, and rest assured you will end up buying a good smartphone if you buy among these three.