MWC’18 has seen a lot of new phones being launched and the latest one to hit the headlines is the Asus ZenFone 5 series of phones. And the highlight among them all is the flagship smartphone Zenfone 5Z. Priced at EUR 479 (approximately Rs. 38,400) the iPhone X look alike smartphone, boasts of advanced AI capabilities. Along with the flagship, the company has also launched two other smartphones with AI capabilities, called the ZenFone 5 and ZenFone 5 Lite. Both of these smartphones offer an 18:9 tall full view display with 90 percent screen-to-body ratio, and dual camera systems. 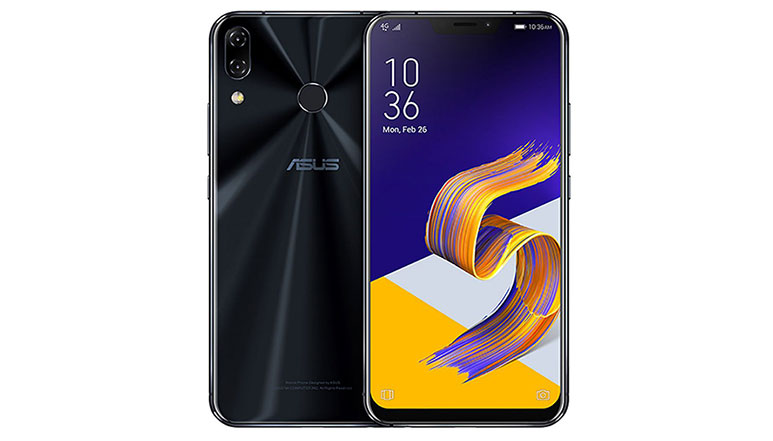 For optics, the Asus ZenFone 5Z has been provided with a dual camera set-up on the rear with a Sony IMX363 primary sensor of 12 MP with an aperture size of f/1.8, 83° FOV, and a LED flash. The secondary camera on the rear is an 8 MP sensor with 120° wide-angle lens, and an aperture of f/2.2. On the front side, the smartphone has been provided with 8 MP sensor, with f/2.0 aperture size and an 84° field of view. Both, the front and the rear cameras come with features like 3-axis EIS, Face Unlock feature, and real-time beautification features.

The ZenFone 5Z will be available to consumers in three variants of 4 GB/64 GB, 6 GB/128 GB and an 8 GB/256 GB setups, and all three of the variants being expandable up to a whopping 2 TB storage capacity via a dedicated microSD slot. As for the operating system on the smartphone is concerned, it will come with the latest updates to Android 8.0 Oreo along with the company’s latest ZenUI 5.0.

For connectivity, the ZenFone 5 makes use of 4G VoLTE, Wi-Fi 802.11ac, Bluetooth v5.0, NFC, GPS/ A-GPS, FM radio, USB Type-C, and 3.5mm headphone jack. The smartphone also features a fingerprint scanner and is powered by a 3300 mAh battery supported by AI Charging tech. The ZenFone 5Z which measures 147.3 x 70.9 x 8.7 mm weighs 155 grams and will be available to consumers in Midnight Blue and Meteor Silver colours.

As for the ZenFone 5 smartphone is concerned, it comes with same features to that of the ZenFone 5Z.  Except for the processor, which on the ZenFone 5 happens to be an Octa-Core Qualcomm Snapdragon 636 SoC backed by Adreno 509 GPU for graphics support. The phone will be available to consumers in a single variant of 64 GB ROM accompanied either by a 4GB or 6GB of RAM.  The smartphone which measures about the same, and even weighs the same will be available in colour options of Midnight Blue and Meteor Silver.

The third phone in the ZenFone 5 series comes with a very similar configuration to that of its two, more premium counterparts. It sports a 6-inch full-HD+ (1080×2160 pixels) IPS LCD display, with an 80.3 percent screen-to-body ratio, and it comes preloaded with the Asus Blue-light eye-care filter. Surprisingly enough the ZenFone 5 Lite will be available in two variants depending upon variations on the processor. One of the variants will be powered by an octa-core Snapdragon 430 SoC with Adreno 505 GPU, while another variant of the smartphone will be powered by a Snapdragon 630 SoC with Adreno 505 GPU.

For optics, the smartphone has been equipped with a dual camera setup on the rear with a primary sensor of 16 MP with f/2.2 aperture, 80° FOV and a secondary sensor of 8 MP wide-angle lens with 120° FOV. On the front end, the smartphone also features a dual camera set-up with Softlight Flash. The camera set-up includes a 20 MP Sony IMX376 primary sensor with  f/2.0 aperture, 85.5° FOV backed by a secondary 8 MP sensor with 120-degree wide-angle lens.

Further down the line, the smartphones will also be available in variants depending upon their memory configurations. As per the announcement made at the MWC’18, they will come in variants of 3 GB/32 GB and 4 GB/64 GB set-up. As for the memory expansion on the device, similar to its premium counterparts, the ZenFone 5 Lite will be expandable up to 2 TB memory space via a dedicated microSD slot.

The smartphone comes with 4G VoLTE, Wi-Fi 802.11ac, Bluetooth v4.1, NFC, GPS/ A-GPS, FM radio, a 3.5mm headphone jack, and Micro-USB as connectivity options. For power consumption, the smartphone has been provided with a 3300mAh battery which according to the claims of the company is capable of providing 30 Hrs of talk time on 3G and up to 24 days of Stand-by time on 4G. For security, the ZenFone 5 Lite has been provided with a fingerprint scanner on the rear panel and it also comes with an AI backed facial unlock features. The smartphone will be available to consumers in Midnight Black, Moonlight White, and Rouge Red colour variants.

Apart from the flagship ZenFone 5Z, the company has not yet revealed the price tags of the other two smartphones. The ZenFone 5 Lite will be the first one to hit the markets and will arrive in March, the ZenFone 5 is expected to come out in April, while the ZenFone 5Z will be released in June.