After adding the ‘Snapchat’ like story feature to Instagram, Messenger and WhatsApp, it was for sure that Facebook would add the same feature into its main app also and finally it has seen the light of the day. The social networking giant has announced the update in its latest newsroom post.

With this new feature, users will be able to do everything on Facebook that they used to do on Snapchat, Instagram, WhatsApp and recently on Facebook Messenger. Users will now get an option to use the camera with filters and effects in the Facebook app for Android and iOS by tapping on the camera icon on the top left corner of the app or swiping right from News Feed.

The new feature comes bundled with a number of effects like masks, frames and interactive filters that users can apply to their photos and videos. The reactive effects also let users interact with dynamic objects like falling snow and style effects apply an artistic filter to the video in real time. 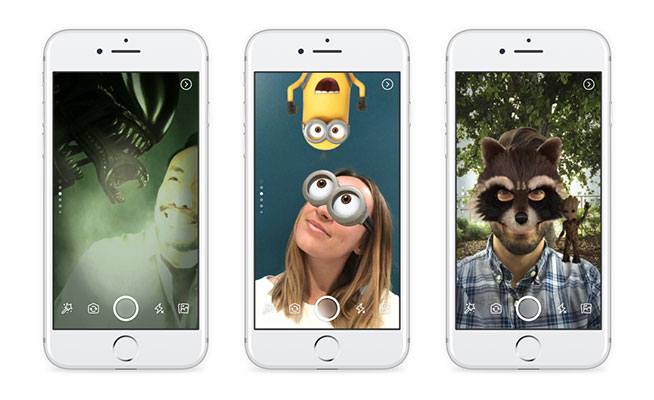 The new story feature is called ‘Facebook stories’ in which, the uploaded photos and videos are visible for a span of 24 hours exactly similar to that of Snapchat. The users can upload stories through the app by tapping on ‘Your story’ icon just above News Feed. The stories can be shared amongst friends and there’s also an option of choosing a specific friend with whom a user want to share photos and videos.

Facebook is also partnering with brands to create masks for upcoming movies like Alien: Covenant, Despicable Me 3, Guardians of the Galaxy Vol. 2, Power Rangers, Smurfs: The Lost Village and Wonder Woman. Also they are including guest art from visual artists like Douglas Coupland and Hattie Stewart.