The Chinese smartphone maker Gionee launched its latest smartphone S6 Pro in China back in June this year. Today, the company has launched the smartphone in India at a price tag of Rs. 23,999. Gionee has also entered into the Virtual Reality world with its first VR headset which is priced at Rs. 2,499.

The Gionee S6 Pro smartphone will go on sale from October 1 across retail stores. The company is offering an introductory offer which includes 3 months of free subscription to Saavn Pro. The smartphone will come in two colour variants – Gold and Rose Gold.

As far as specifications are concerned, the Gionee S6 Pro flaunts a 5.5-inch Full HD (1920× 1080 pixels) IPS 2.5D curved glass display. It is powered by an octa-core MediaTek Helio P10 processor, clocked at 1.8 GHz and paired with Mali T860MP2 GPU. It bears 4 GB LPDDR3 RAM and 64 GB internal memory, which is further expandable up to 128 GB with microSD card (Hybrid slot). The smartphone runs on Android 6.0 Marshmallow with Amigo OS 3.2 on top. 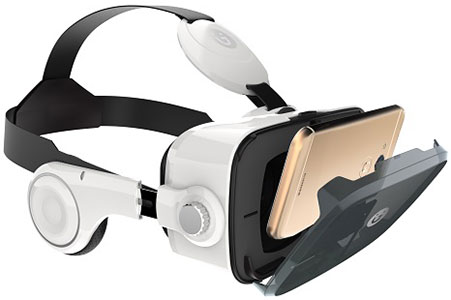 It is the first VR headset of Gionee which comes with a split screen feature that allows the users to watch videos while they receive notifications from apps.

The S6 Pro is a perfect amalgamation of style and performance and is designed for the urbane selfie generation. With the S6 Pro we are re-emphasizing our commitment towards our consumers to offer feature led innovative devices.