A month ago, Google unveiled the Nexus 5X and Nexus 6P. Today, the company has launched the LG built Nexus 5X and Huawei’s Nexus 6P in India. Both the devices feature fingerprint sensors and fast charging with USB Type-C port. And also they are the first devices to run on  Android 6.0 Marshmallow OS. 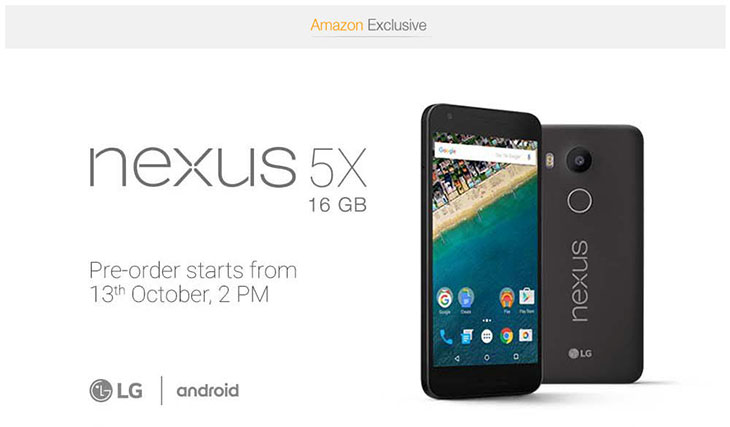 The LG Nexus 5X will be exclusively available on Amazon India and will be available for pre-orders from 2 PM today. The smartphone comes in Carbon Black, Quartz White and Ice Blue color variants. The Nexus 5X is priced at Rs 31,900 for 16GB variant and Rs 35,900 for 32GB storage variant. It also comes with offers like free Bluetooth headset worth Rs. 2500, free screen replacement worth Rs. 6500 and cash back worth Rs. 3500 on HDFC credit cards.

The Huawei Nexus 6P will be Flipkart exclusive and will also be available for pre-orders from 2 PM today. The phablet comes in Aluminum and Graphite color variants. The Nexus 6P will be priced at Rs 39,999 for 32GB variant and Rs 42,999 for 64 GB storage variant. It comes with offers like, free Chromecast, Bluetooth speaker, and double data offer for Airtel customers.

Both the Nexus 5X and Nexus 6P will also be available through offline stores from 21st October.